Had the opportunity to do a great series with Mallory Roynan over at Airbnb Magazine, for an article depicting the “German Fairy Tale Route,” an, unguided, unmarked Brothers Grimm road trip through Northern Germany. With over 40 stops including Cinderella’s Castle and Rapunzel’s Tower, this trip takes you through the heart and soul of German Fairy Tales.
Illustrating characters from these tales help form the mystical landscape they happened in. 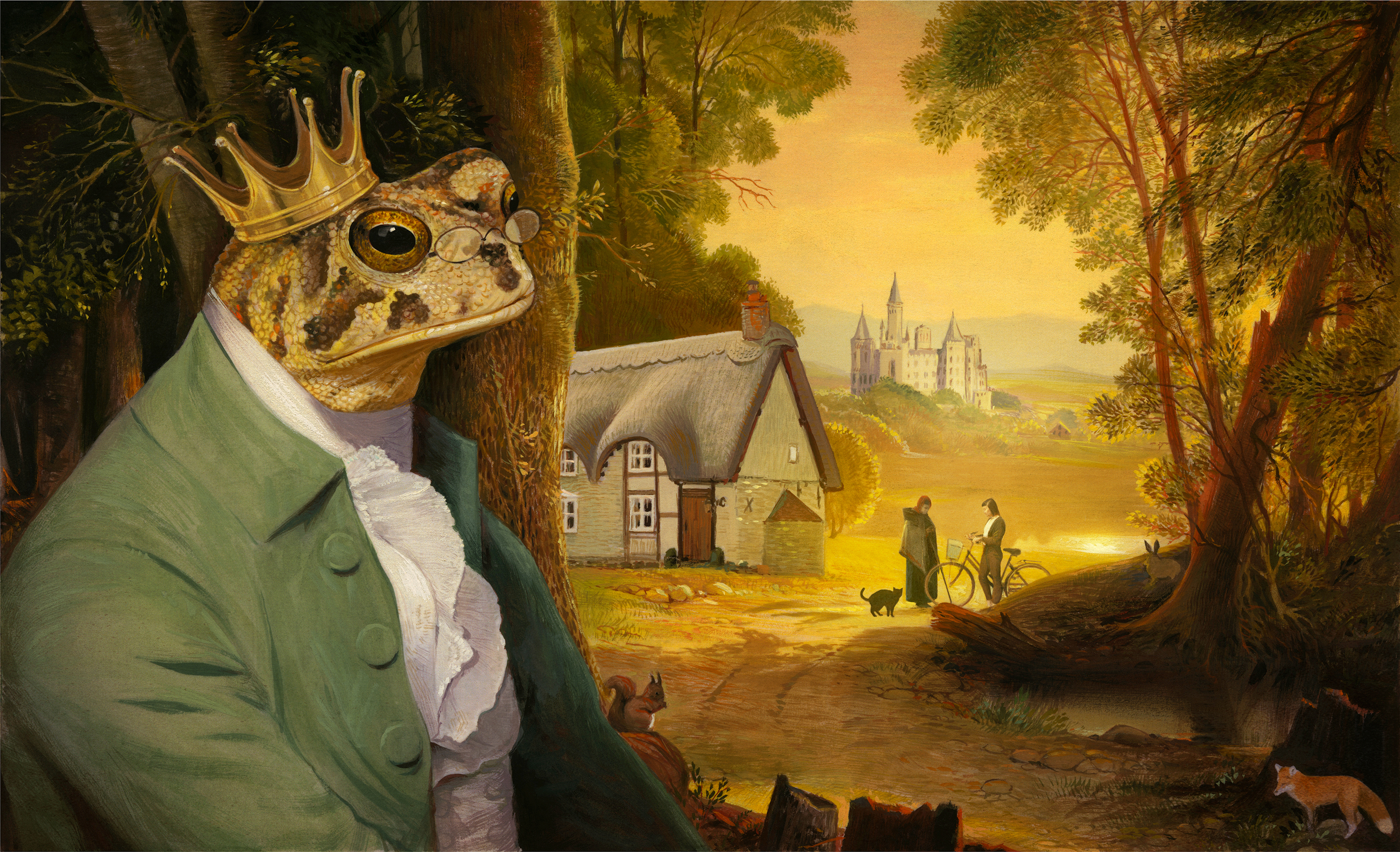 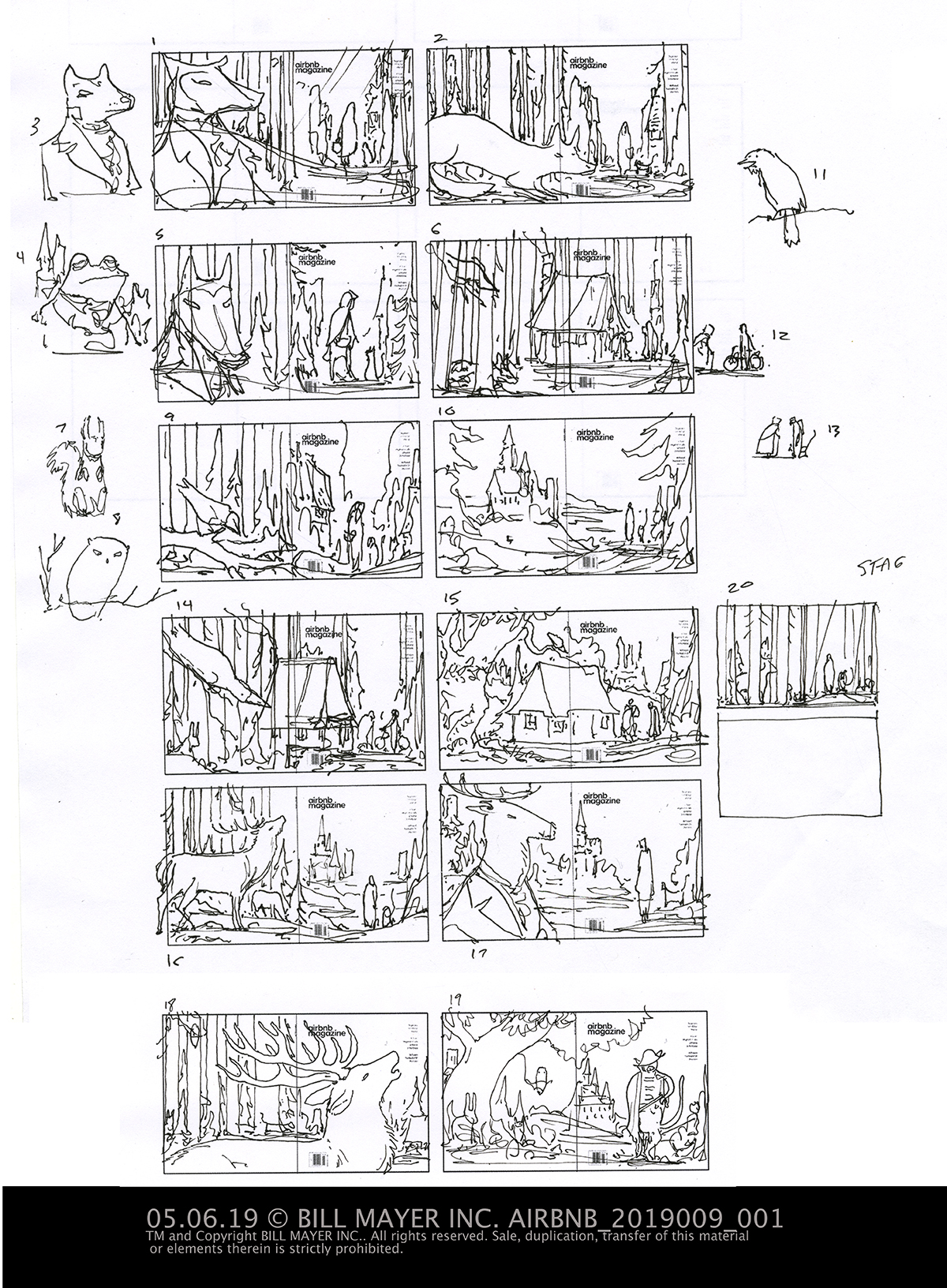 Here are the thumbnail ideas for the cover. I wanted a large figure on the left leading the viewer to a scene on the right the cover with the author on her trek through the German Country side. It's such a great opportunity to create some great painting...

Looking back on this I think what I should have done was design a cover, then extended it around the back... but instead I designed a spread and it certaintly worked well that way. Mallory decided this also and wanted me to flush out the article with five more paintings.

The tone of the painting reflected the dark nature of the original non-“Disney” stories. A little dark and creepy. Cinderella's step sisters cut off their toes and heels to fit them in the glass slipper. Snow White ends up being rescued by the prince and goes off to the castle, has a couple kids … But then one of the prince's old flames come to stay with them and she tries to have the cook butcher the children and cook them. Luckily, the Prince foils this devious plot and she ends up with the same fate.

Rapunzel was about nothing more than a sexual tryst. Luring men to her tower where her mother had locked her up “for her own good.”

The Thumbling, their version of the english Tom Thumb. Actually sets out to explore the world and gets eaten by a cow... They butcher the cow trying to rescue him but alas can't find him and he ends up in a stew. 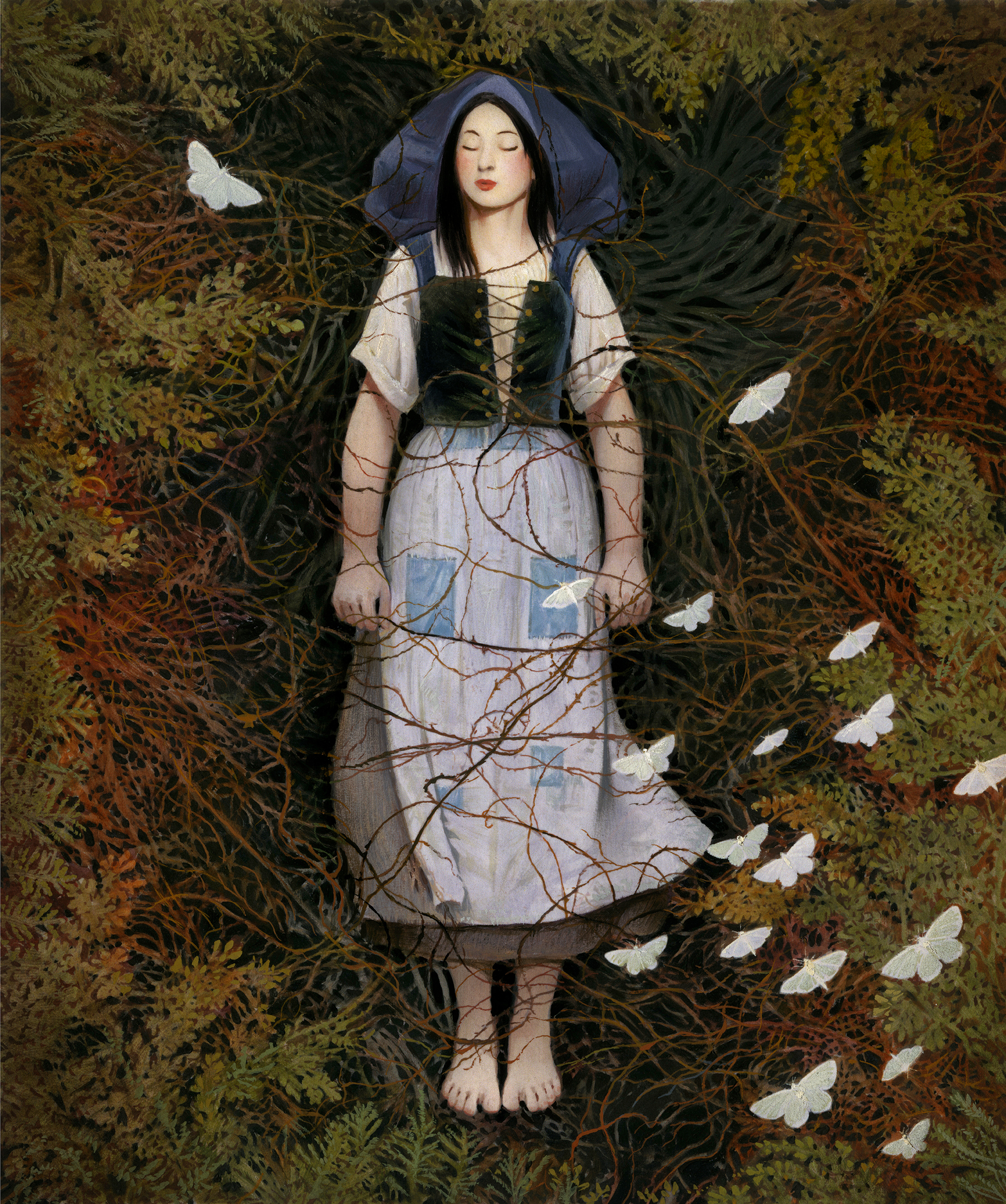 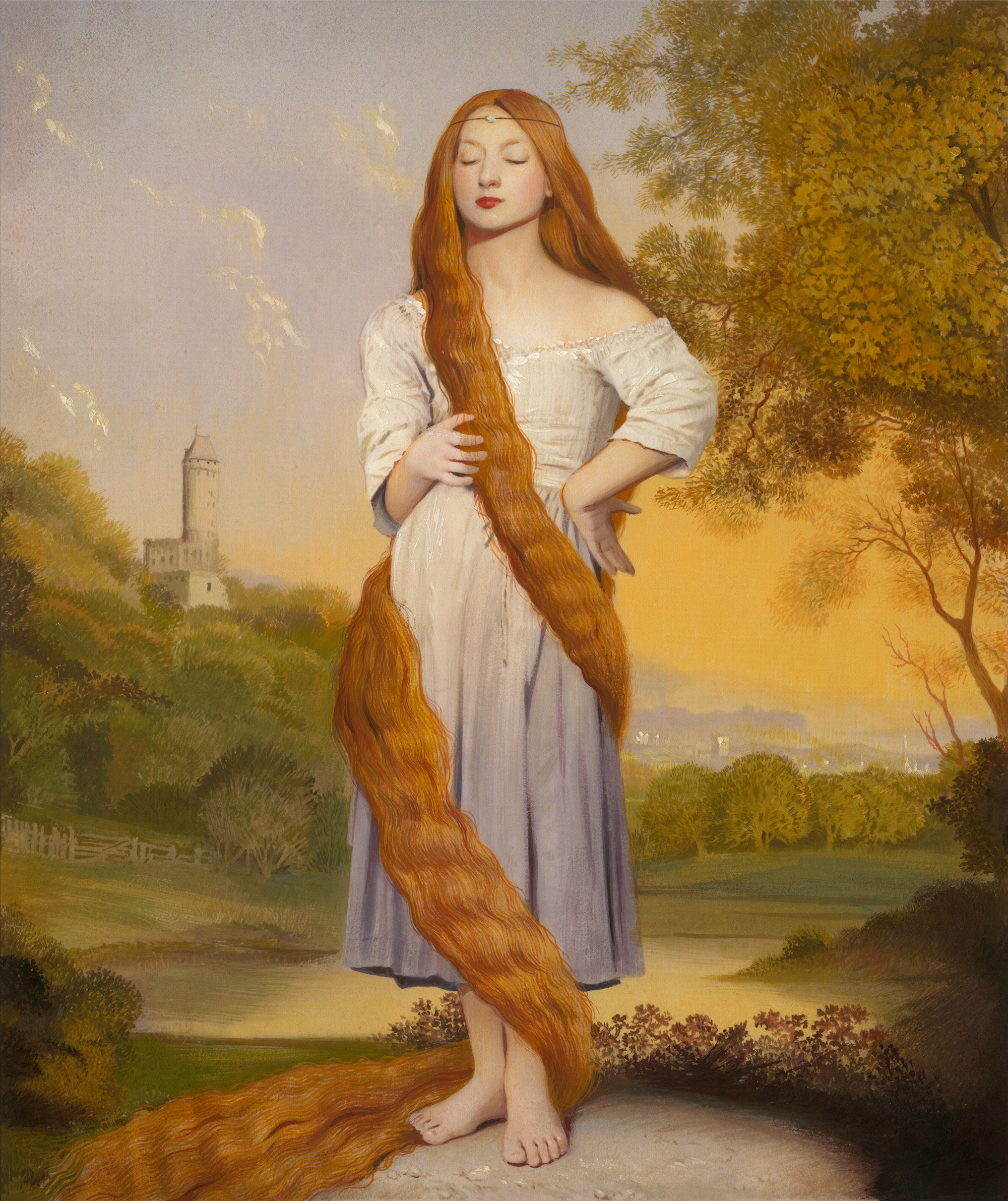 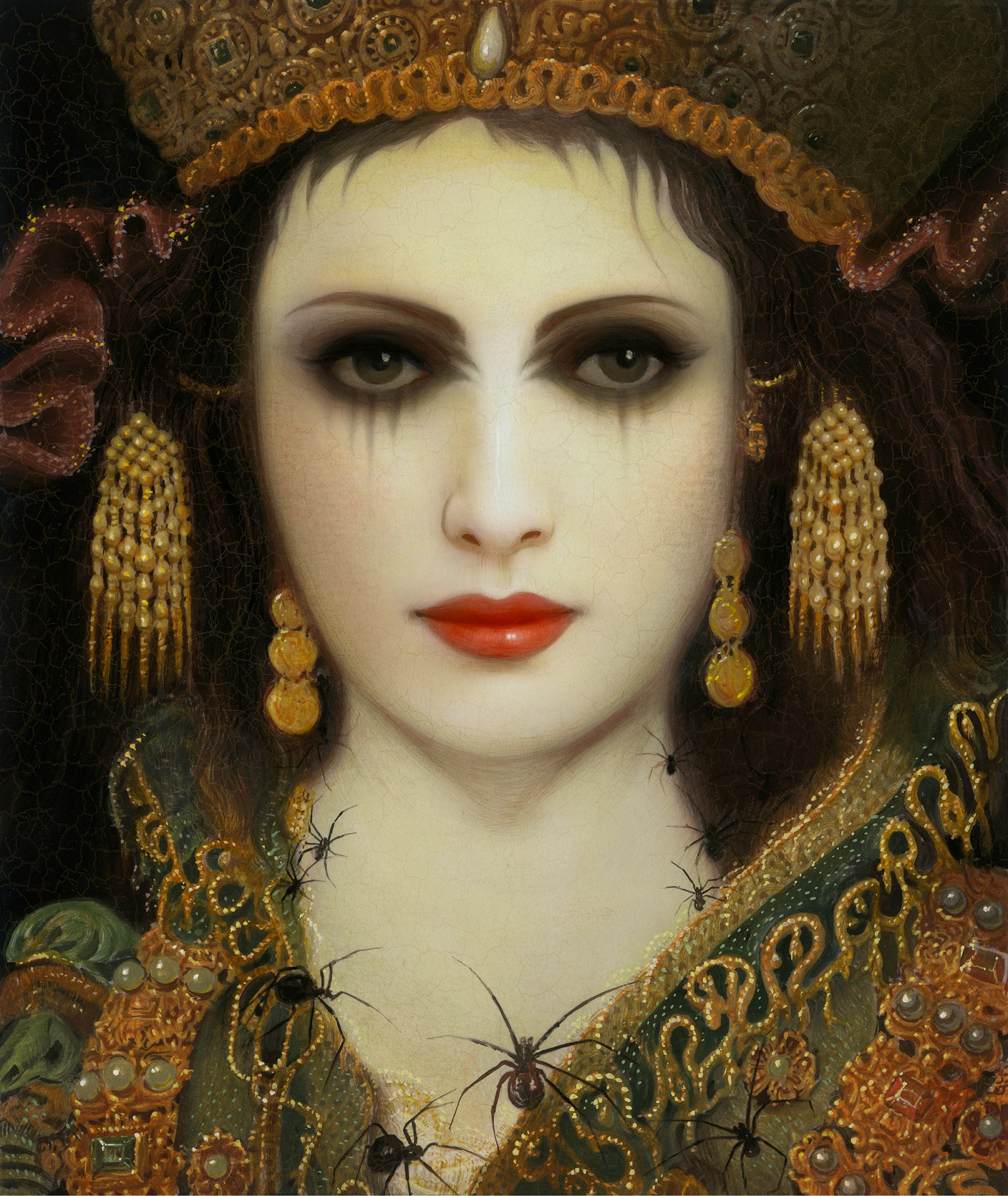 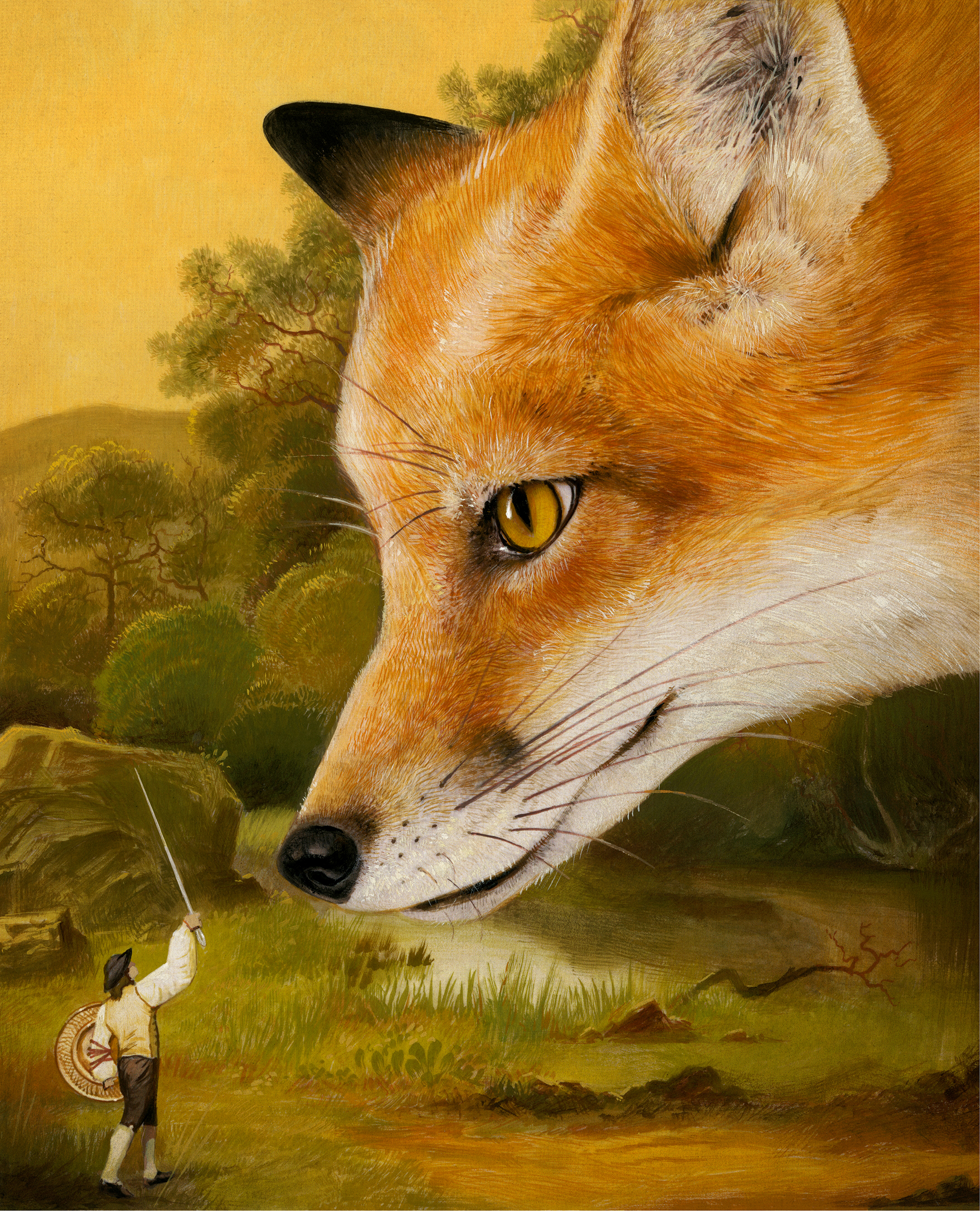 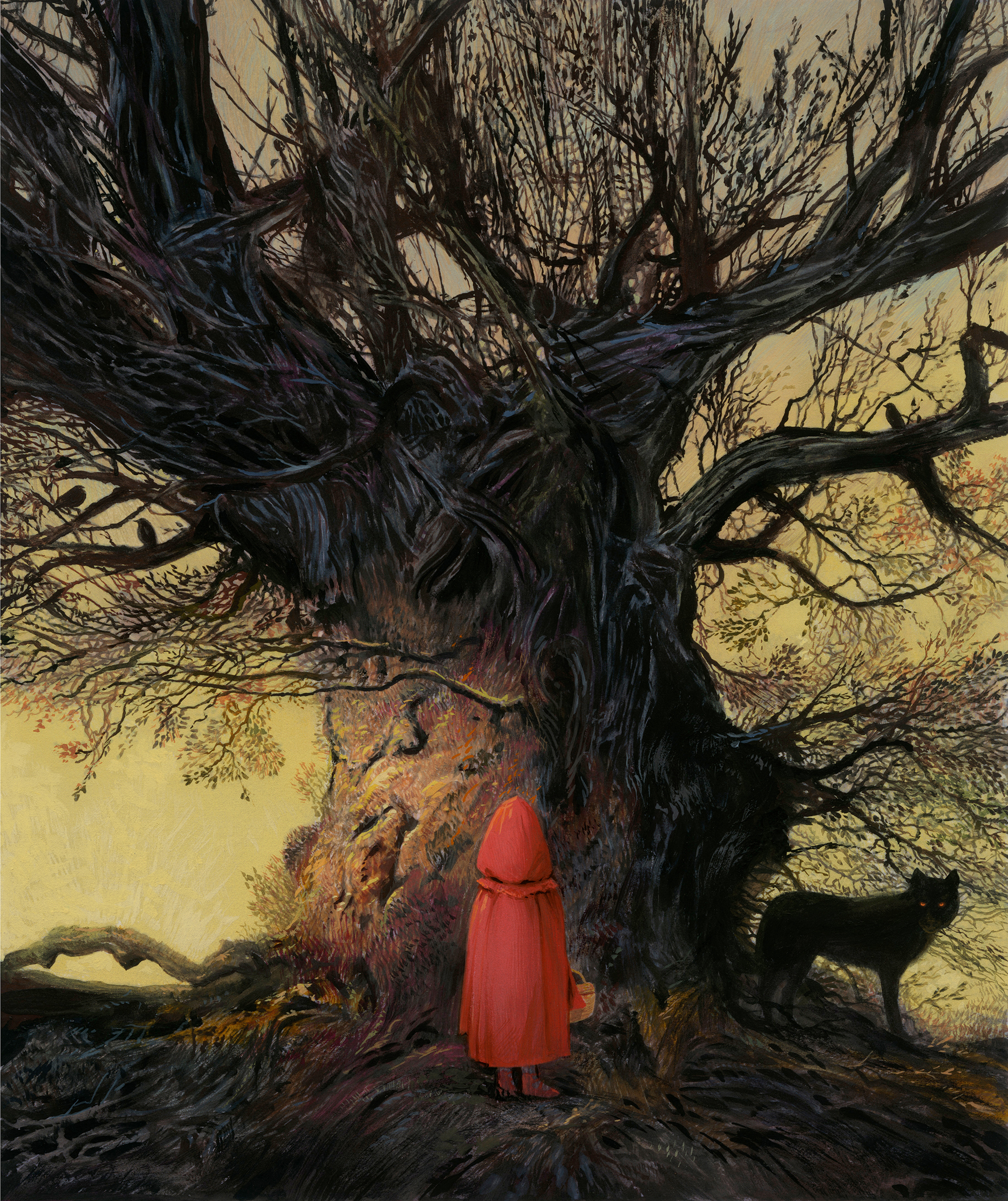