"I love the Rat you did, impaling itself, for the Nixon Administration with the tag . . . 'Four More Years.' Timely Now!"

I see you're a long-time veteran of the political wars, Kerry. Yes, the famous Rat of 1972, you have a great memory. 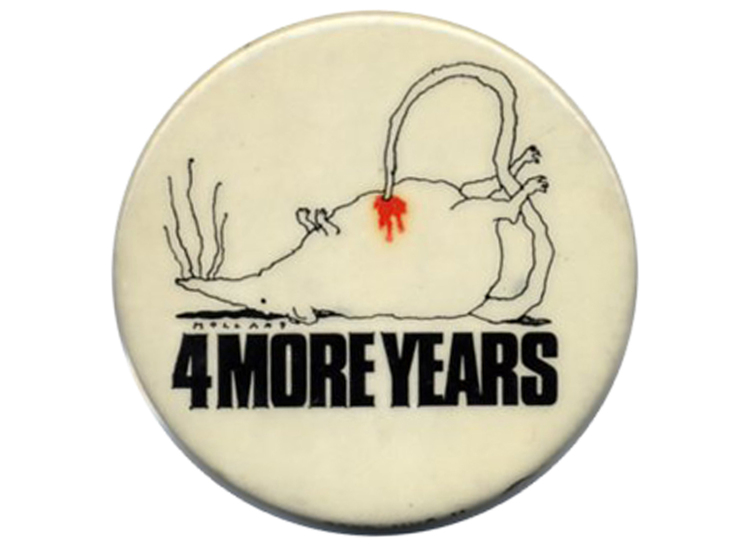 Nineteen seventy two was the year Richard Nixon was running for a second term and I used to joke that I wanted him to win because it was the only way we'd ever find out what the deal was with Watergate. The "second-rate burglary" had taken place that June: it got a brief mention in the press, but then disappeared entirely from the public consciousness. A few weeks before election day, most people had still never heard of it.

So it was around that time, mid-October as I recall, that Wendell Minor and I were having lunch, and I was complaining that the press had completely dropped the ball on Watergate. There had to be a scandal of some kind there, I said, but it appeared they had successfully covered it up. Nixon was probably going to win, I added, so look on the bright side. With him in the White House for four more years, there'll be plenty of time for the blood to run out from under the door. But if he isn't reelected, we'll never know what happened.

I had already done the drawing of a rat commiting suicide for a hippie newspaper called The New York Ace. Wendell brought it up and said I should make a button of it and sell it. So we did: Wendell did the typography and we split the cost of manufacturing. Only we didn't sell the buttons. We lugged a couple thousand of them up to Democratic headquarters on 43rd and Vanderbilt and gave them to them to sell. They went quickly, we were told, so the staff asked for more and they sold out too.

Anyway, come election night, Wendell and some other friends and I went to a McGovern rally – more like a wake as it turned out – at the old Commodore Hotel above Grand Central Station. I had a shoulder bag with a bunch of rat buttons with me and we were handing them out to friends or people that we met. Then on one side of the big hall we spotted Kurt Vonnegut talking to Hal Holbrook, so we wandered over, butted in, and both gentlemen went home that evening wearing rat buttons.

Later, as the election returns began to come in and a pall settled over the crowd, Wendell and I decided to split. When the elevator came, the door opened and there, among a handful of weeping Democrats, was an elegant looking lady in a long gown. I recognized her as Myrna Loy. 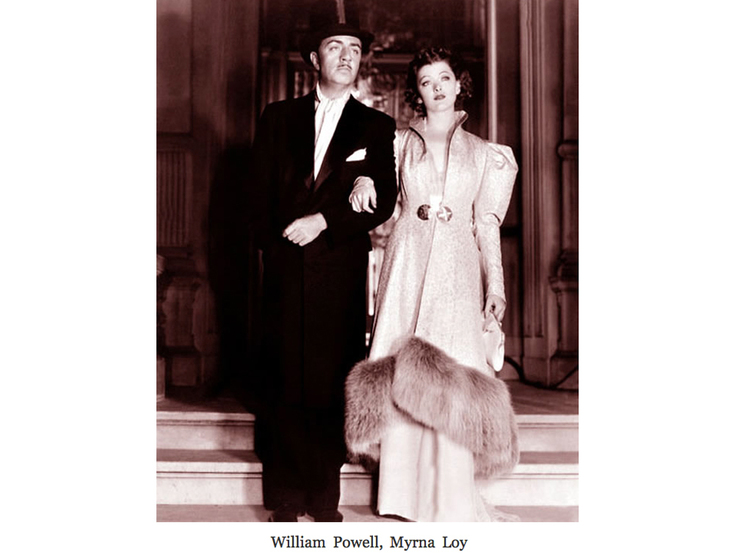 She was probably in her 60s then, maybe 70 already, well on the downside of her film career but still as poised as she had been in the nineteen thirties on the arm of William Powell and not looking bad either. I had never seen many of her movies, only one or two of the Thin Man pictures, but standing there among the dejected McGovernheads dressed in their street clothes, she was an island of self-composure and old fashioned star presence.

As Wendell and I stepped in and the door closed, I smiled and offered her a rat button. She smiled back graciously and shook her head, no rat buttons for the star. "Nora Charles would have taken one," I said. She grinned at that but she still didn't say anything and she wouldn't touch the button.

I still have one or two of those things somewhere around the house. I found one in a drawer a few years ago and scanned it into the archive before it could get lost again. Now I don't know where it is. Maybe it's the button Myrna Loy wouldn't take.

Oh, and by the way: guess which New York real estate tycoon, frequently in the news these days, now owns the old Commodore Hotel… 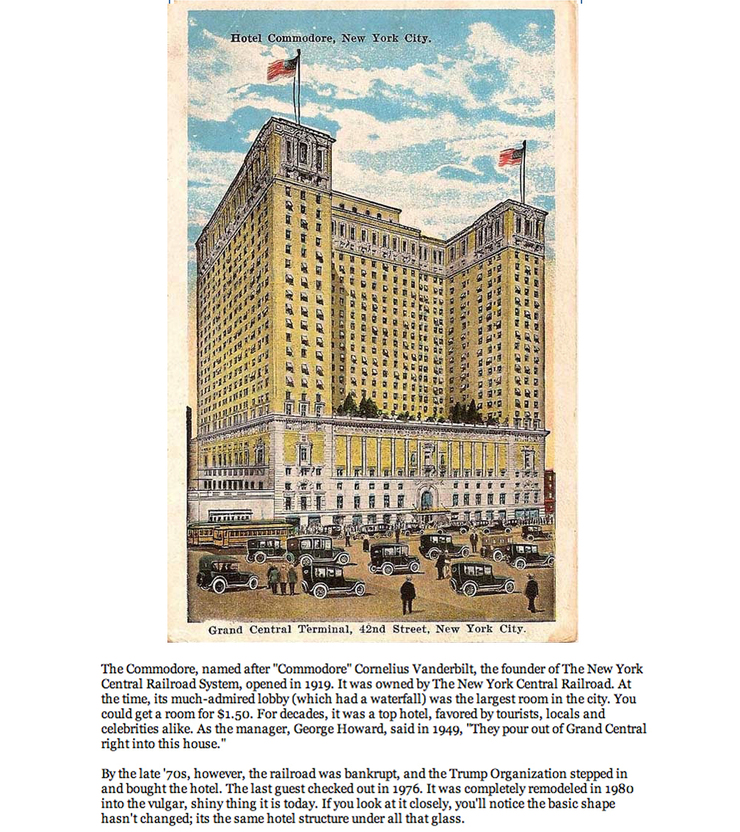 And as for the rat, a few years later, I did another version of the drawing for the New York Times, but they rejected it. They said they don't publish rats.

What a great tag line for the paper, I thought when I heard that. It could replace "All the news that's fit to print." The New York Times: We Don't Publish Rats. Has a good solid ring to it, doesn't it? 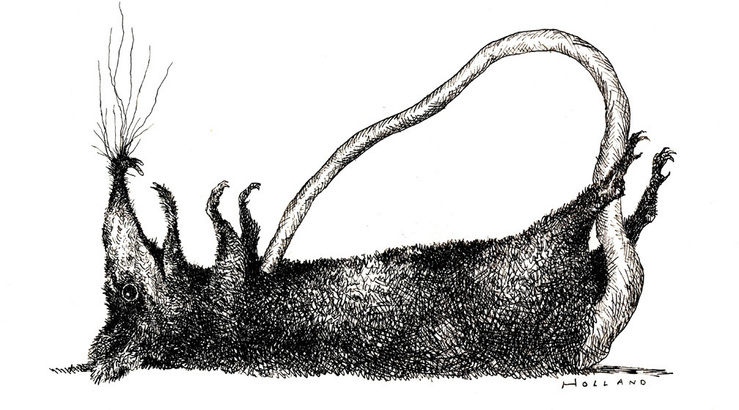