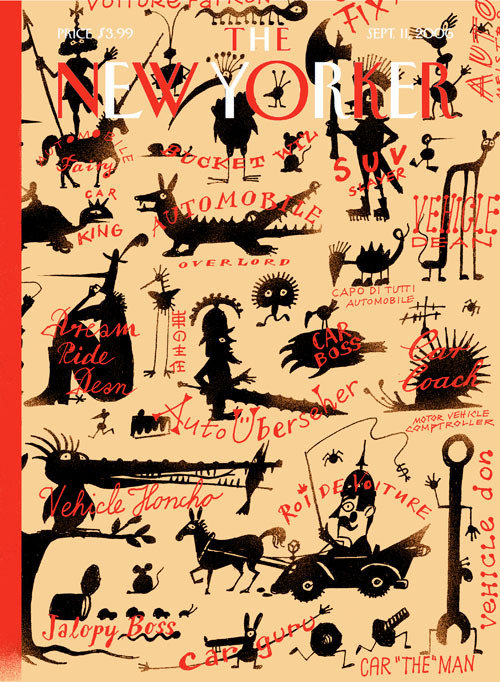 On any given day, my studio radio is usually tuned to my favorite radio station, WAMC. A few weeks back all the news from NPR and the BBC seam to be humming with dire news regarding the American car industry. The CEO's had just testified in Congress and the media stream started to swell with the new buzz word: "CAR CZAR!" I couldn't believe my ears, weren't the czars extinguished just about 10 years after the car was invented? Who was the evil genius who said, "It has to rhyme to sell?" The proposal of a reviving a Russian royalty title in conjunction with the a job title to oversee the big 4 crisis seamed preposterous, something from a Brothers Grimm fairy tale. Would his royal tzarness have to power to ax production costs, slash robot labor and lay down the law of green technologies? Heck, was this proposed tile inspired by the Russian car industry with such memorable companies like: Lada, Avtovaz, Gaz, Pobeda and Kamaz all shinny examples of the Soviet Union's past achievements? Hell no.

On a loose sheet of paper next to my lightbox I started to doodle some czarist period creatures.  Somehow the press and the politicians seam to hash out a fictional saviour figure that begged to be drawn. By now I was sick of hearing "Car Czar" this and that, heck why not give the appointee a German, Italian or Japanese title at least they know how to build cars! In the meantime, my sketch had grown into this dark doodle with plenty of slash and burn capable type "A" characters. Handing out alternative job titles to my freshly minted creatures made me feel like I was in charge of my dire news inspired doodle.

With the Bush presidency in it's final days, my "Alternative Car Czar" cover layout got returned by The New Yorker with the standard rejection note. I'm glad the times of hoodwinking people with words like "enhanced interrogation", "engagement theater","Freedom Fries" and for that  matter "Car Czar" are soon over.

Did I mentioned I had a blast doing this layout?  I did.