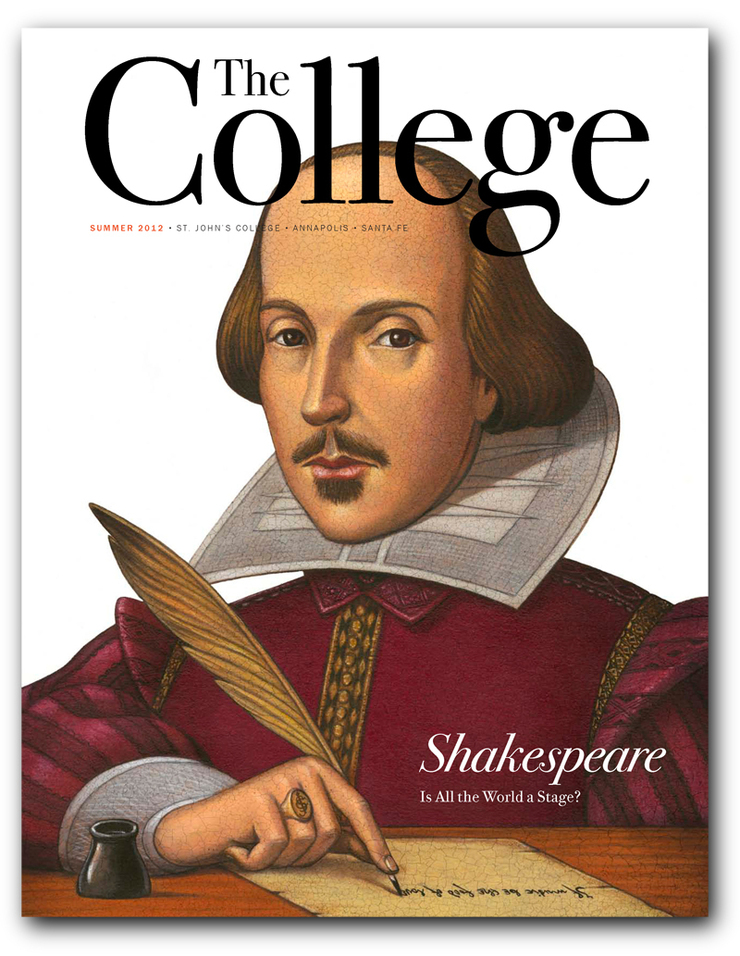 Ther's an old adage that all it takes to make the phone ring (or the email chime) is planning a vacation. And so it was this last July when Janice and I were about to depart for a long trip overseas. With three days to go until we boarded a plane, and one large project in the completion stage (more on that one in the months to come!), I got a call from Claude Skelton of Skelton Design to do a portrait of Shakespeare for St John's College Summer 2012 edition, which oddly enough comes out in early September. St John's magazine has a rich history of profiling the great figures of the arts and sciences, so I couldn't say no, even with a 72 hour window that included wrapping up another painting and packing a suitcase! 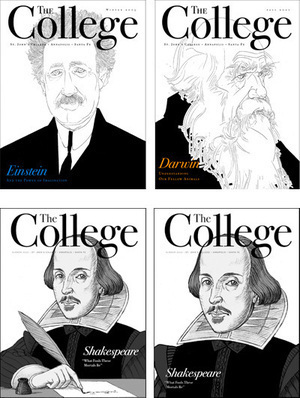 I was stepping into some big shoes with this one as well: the legendary David Johnson had done the previous 12 years of St John's covers, and while they were looking for a new, full-color look, the bar had been set by a master of portraiture. Claude and St John's wanted to respect the clean and open feel of the past template while introducing some narrative elements that also allowed for a personalized approach, something that connected the subject with the university. It sounded like a fun project and a chance to test my sprint speed—something every freelancer gets an adreneline rush from. I quickly put together some sketches that placed the portrait within the newly refined cover design, and with a few quick additions of detail, I was off to the finish line. A day later I delivered the art and caught the plane, and last Friday I received my copies of the magazine. Thanks to Claude and St John's! 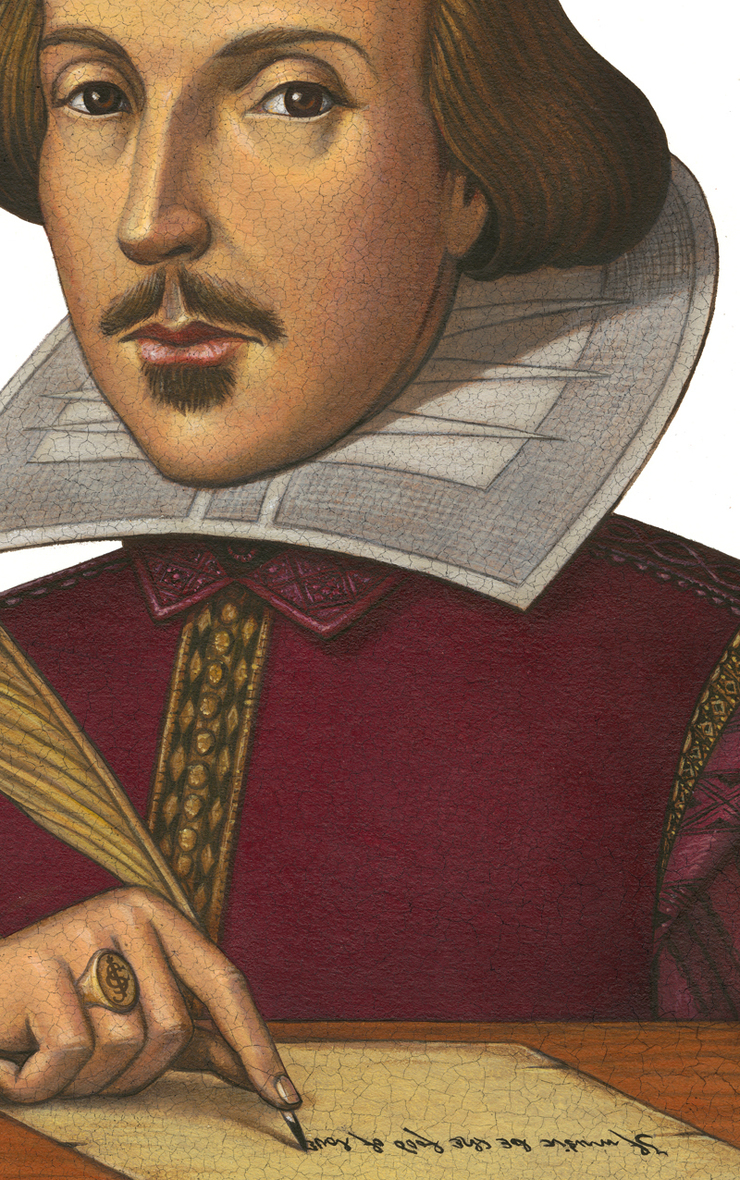