W is for Whale 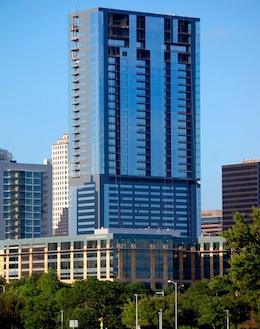 A few months ago, I was commissioned by the W Hotel Austin to create a large scale painting for the lobby of their 36 story downtown Residences, the condominium component of their property. The developers had recently seen my work at a gallery opening and approached me about creating a special piece for their entry space.

The W is one of the hot spots of Austin, having not just the premiere hotel and residence location downtown but also serving as the new studio/concert hall for Austin City Limits, the world famous venue that's provided 38 years of great music on PBS. I live only blocks away and have seen countless shows there since its opening two years ago, and the outdoor concerts in their patio area as well as the Willie Nelson statue draw visitors in to the already vibrant 2nd Street District. 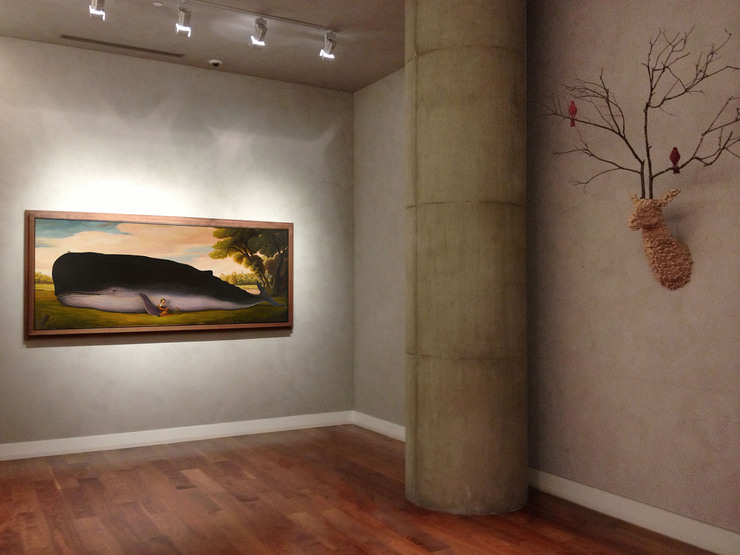 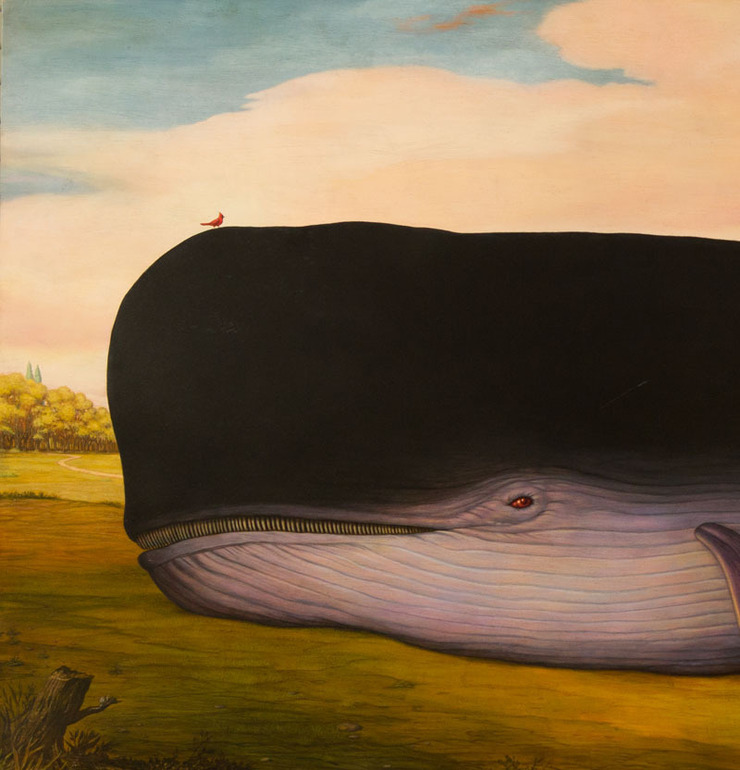 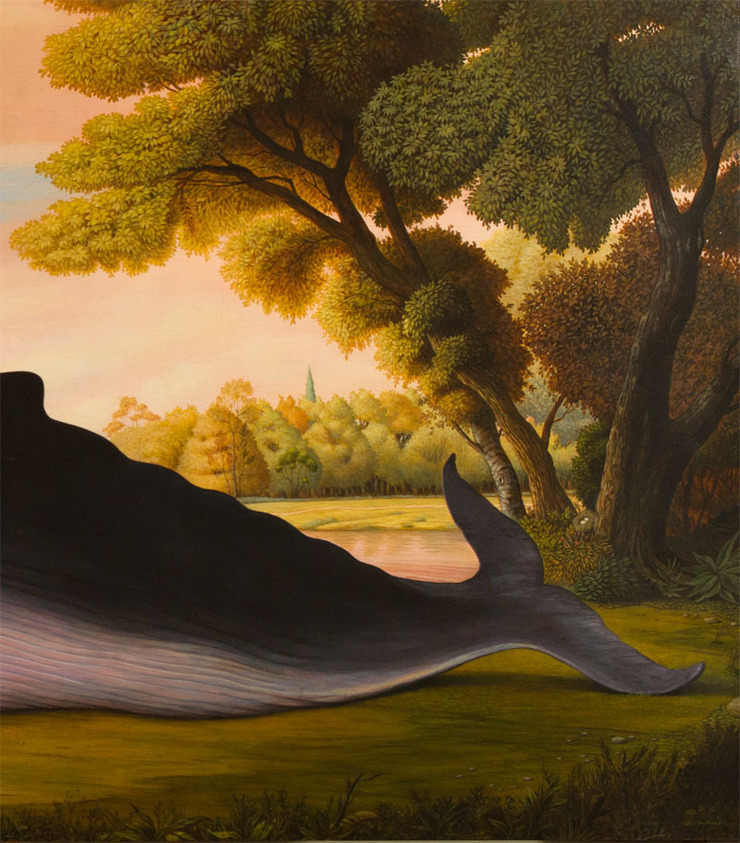 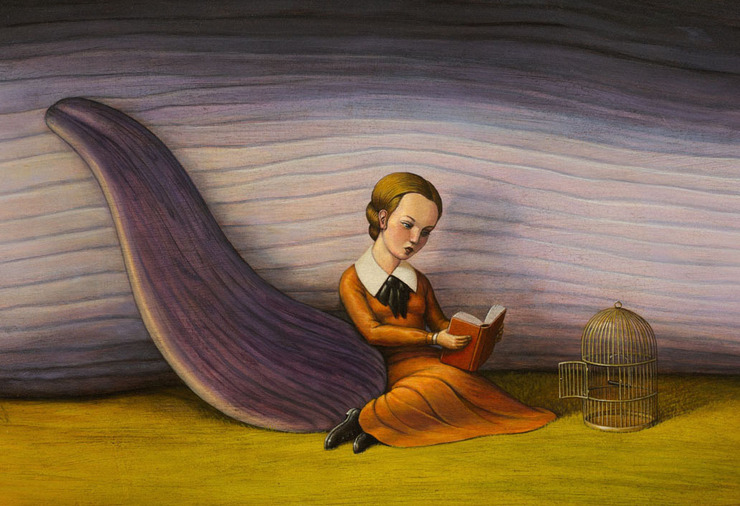 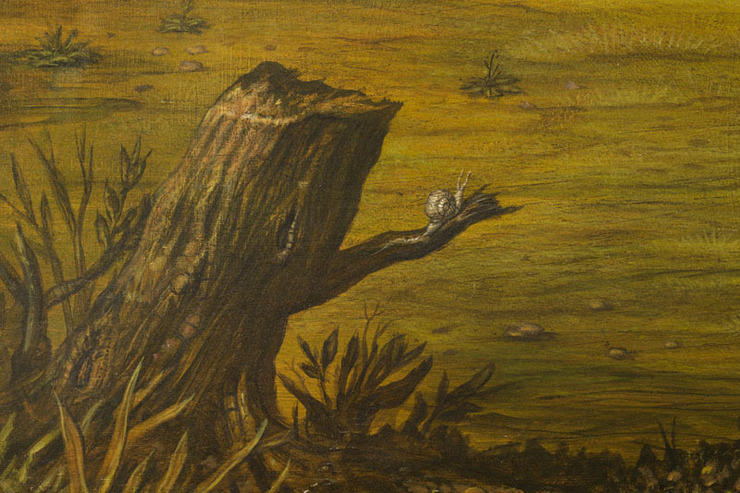 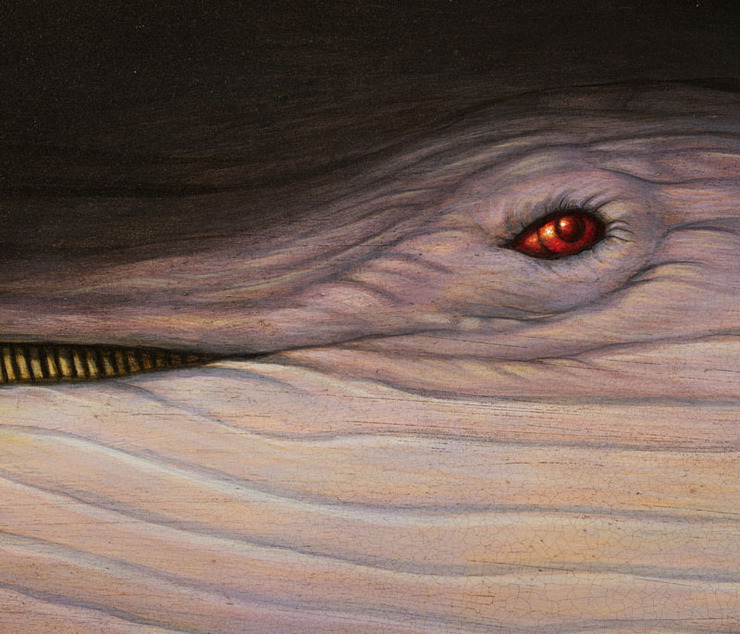 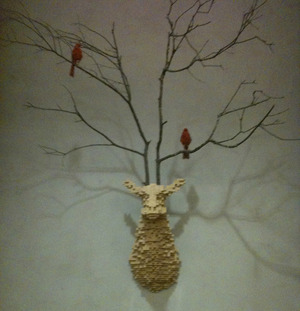 Whales have appeared in several of my personal works over the years—I have reoccurring "characters" or symbols in these pieces—and after visiting the space and getting a feel for the environment the painting would occupy, I decided a whale was the perfect creature to live there. I also wanted to have an interplay with the other piece of art that would share that space, a sculpture by Shawn Smith titled "Branchlers". With these two elements as a starting point, I created a narrative that I then transformed into a small study before moving to the large scale painting.

I've never found it easy to part with a painting, particularly one so much energy is invested in, but in this case I can drop in and visit the whale whenever I'm downtown. 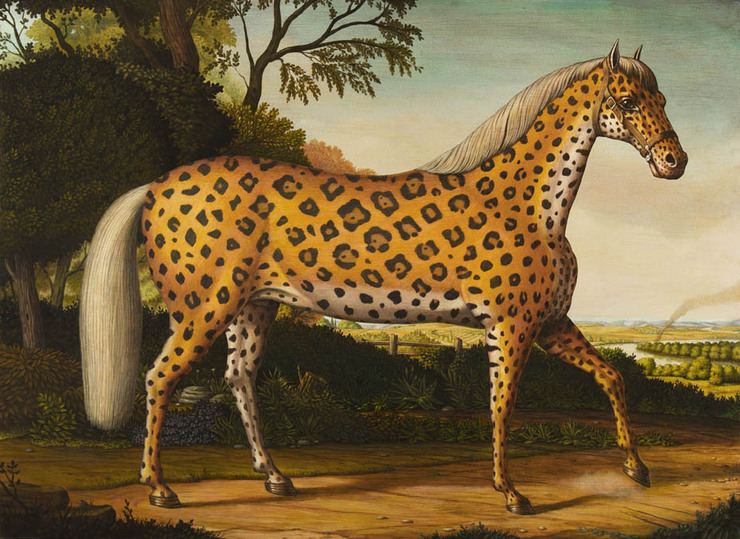 The whale went up a few months back and has led to several more large scale commissions. The piece above, "Abacus", is one of those, and it's been fun both to work in this larger scale—I've discovered that I do every bit as much detail when the piece is large!—and to work with this conceptual process, which typically involves viewing a space and then thinking about what might suit the environment. It's open-ended as far as content, but presents a new set of challenges as far as scale and place. I've got another large piece (48" x 96") underway right now, so I'm happy to say there'll be more to come. 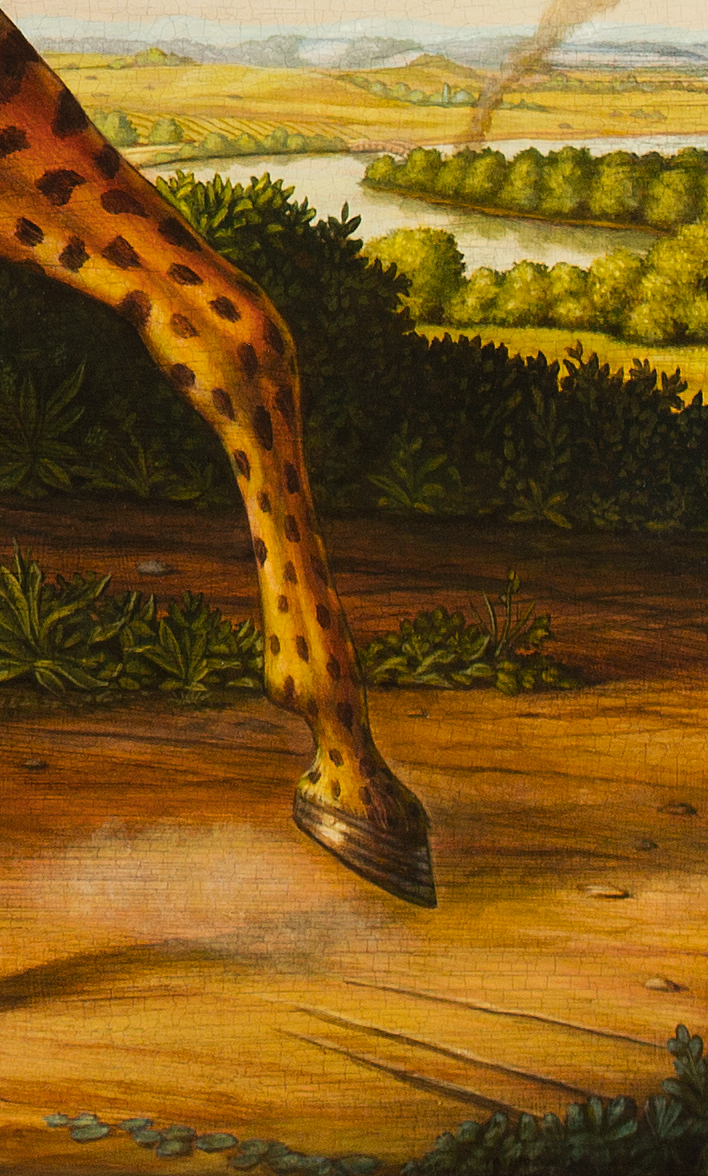 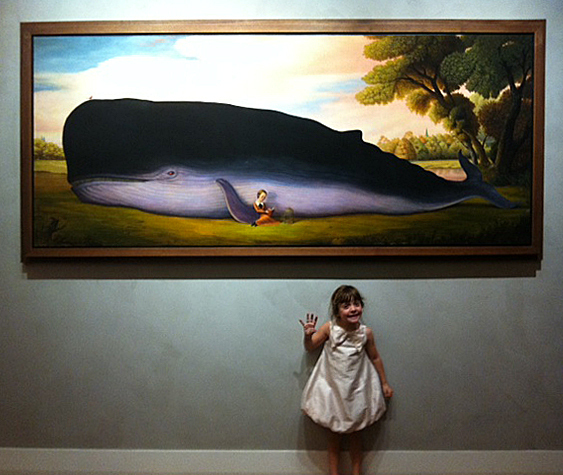