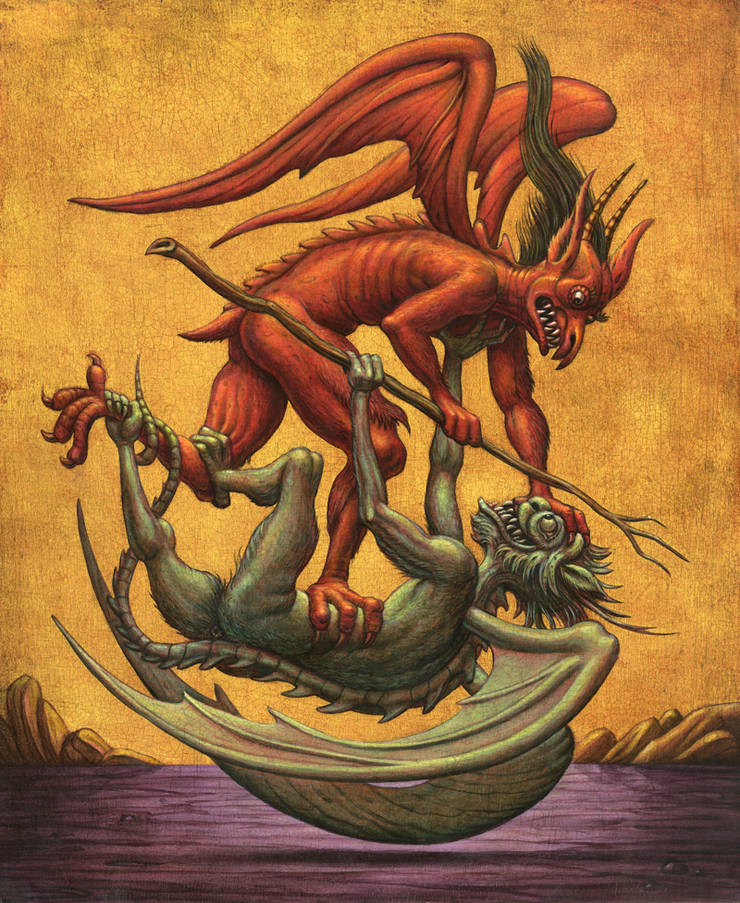 "Midway upon the journey of our life

I found myself within a forest dark,

For the straightforward pathway had been lost."

There are special moments in a career, when all the elements come together and a project arrives that seems meant to be. A year ago, a call from Michael Hendricks at Easton Press provided one of those: a commission to illustrate the epic poem the Inferno by Dante Alighieri.

Dante wrote the Divine Comedy in the 14th century, and the Inferno represents the first of the three parts of this epic (Purgatorio and Paradisio being the other two). In the Inferno, Dante tells the story of his journey through the nine circles of Hell, guided by the Roman poet Virgil. It's an allegory illustrated by many of the greatest artists in history, from Botticelli to Bourgereau to William Blake, and perhaps most famously by Gustave Doré. An intimidating body of work, and one I tried studiously to avoid looking at as I began this project. 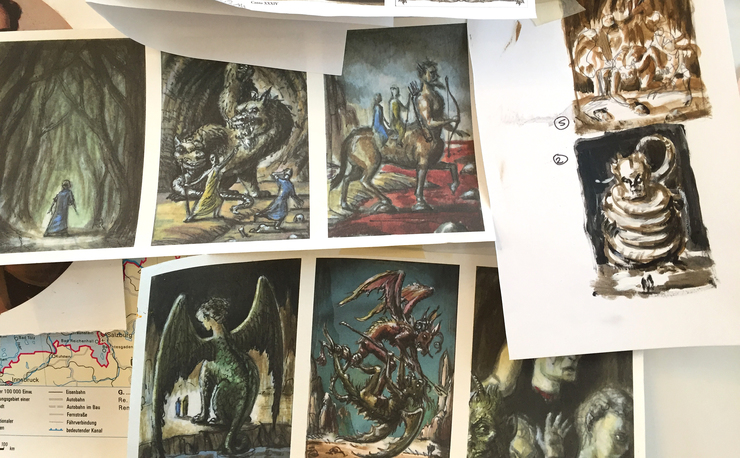 The Inferno consists of 34 Cantos, each of which contained so many fantasic scenes to work with that the greatest difficulty was narrowing it down to the primary images I wanted to illustrate. I developed a number of sketches I ultimately abandoned, but in the end landed on 8 images I felt captured key figures or moments in the story. 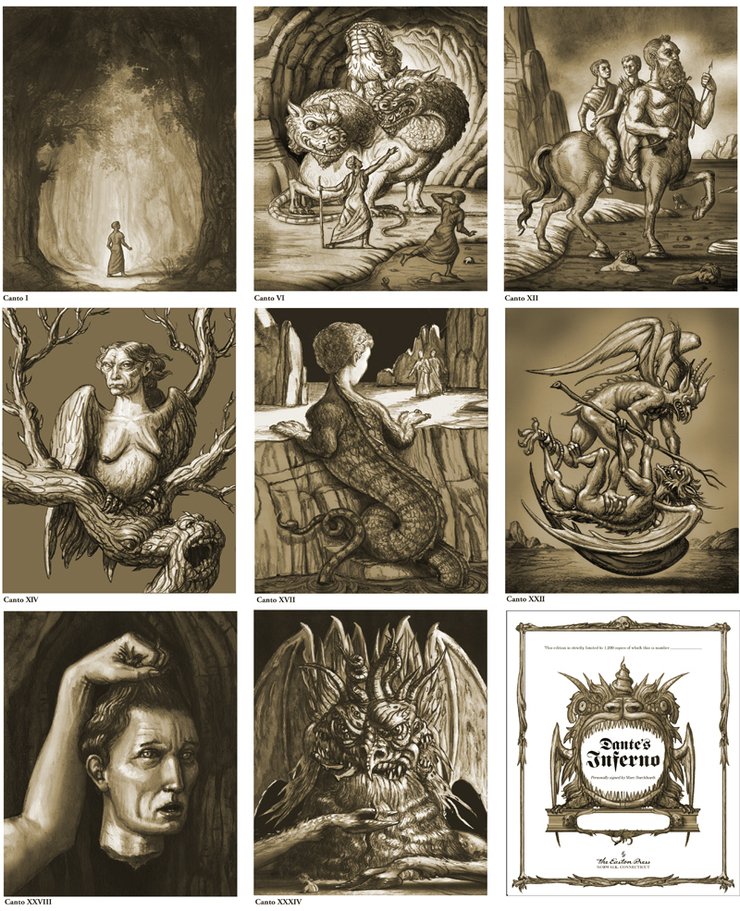 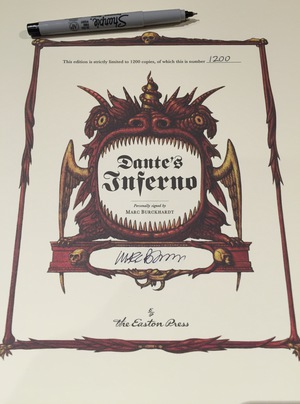 After completing the paintings, I created chapter headers for each of the Cantos, developing a series of small devil heads based on a likeness of Dante I happened to have on my desk from a trip a few years ago to Ravenna, where Dante is buried. The drawings turned into small paintings, and when they were completed I designed the two-color cover line art, which was used for both the slipcase and the leather bound cover. The nine circles as well as the famous inscription above the gates of Hell ("Lasciate ogni speranza, voi ch'entrate" - “Abandon all hope, ye who enter here”) are incorporated into the cover foil.

I spent some time in November at the Society signing the 1200 signature sheets that were to be bound in the final edition. This week, I received copies of the book, and I'm thrilled with the craft and precision Easton Press brought to the reproduction of this book. 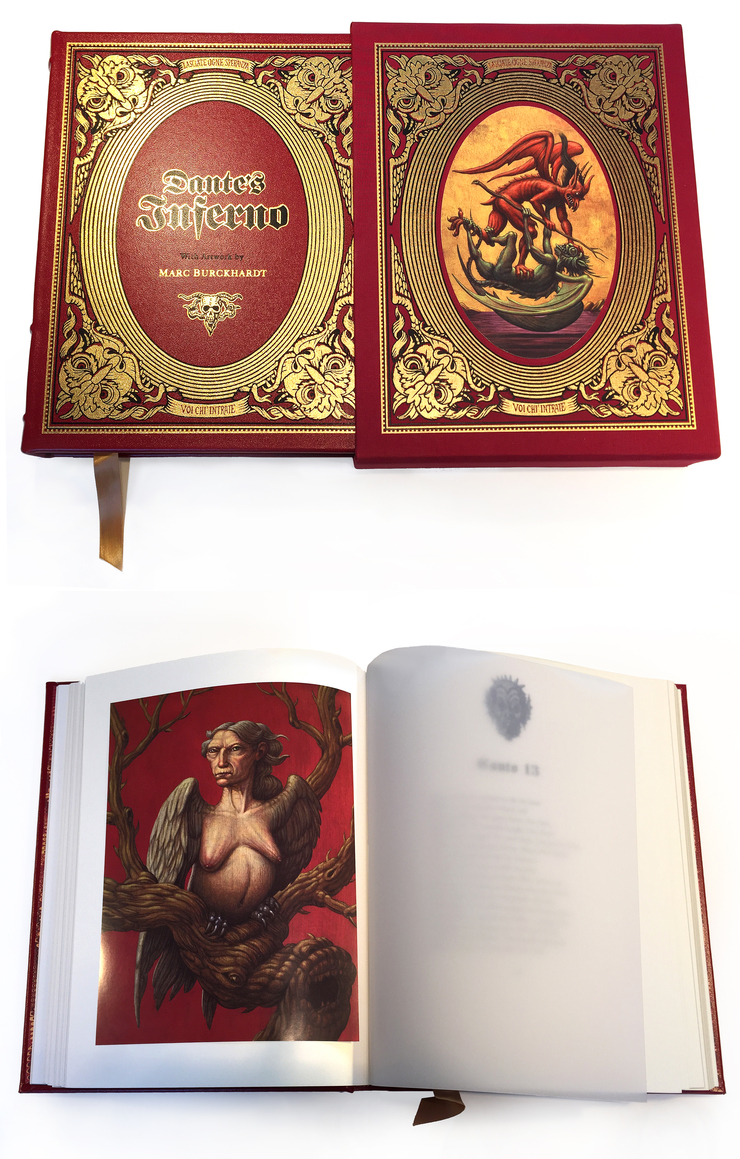 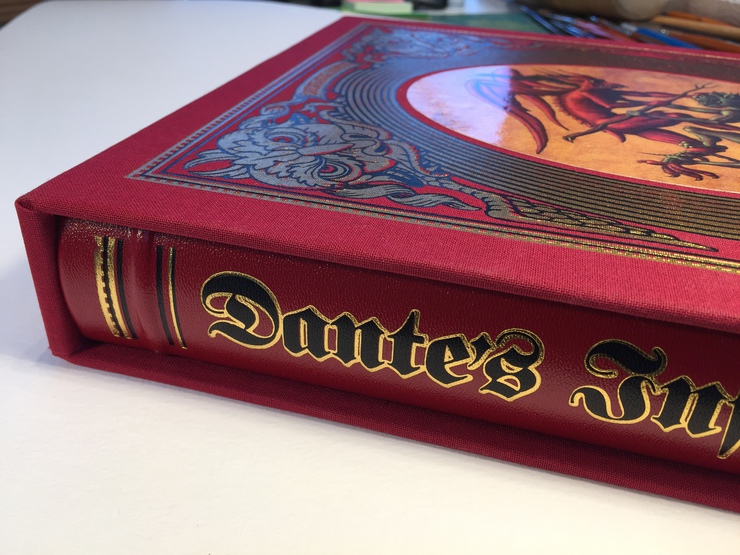 This Saturday, December 19th, the paintings and drawings for this project will be exhibited at Copro Gallery at Bergamot Station in Santa Monica, along with signed copies of the book. If you happen to be in the Los Angeles area, please come by for the opening reception. 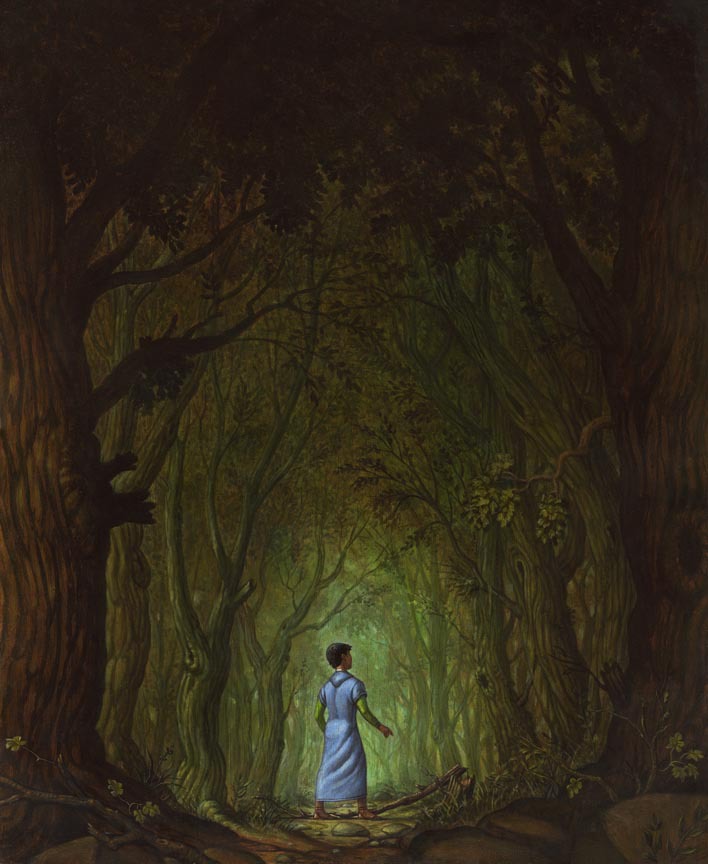 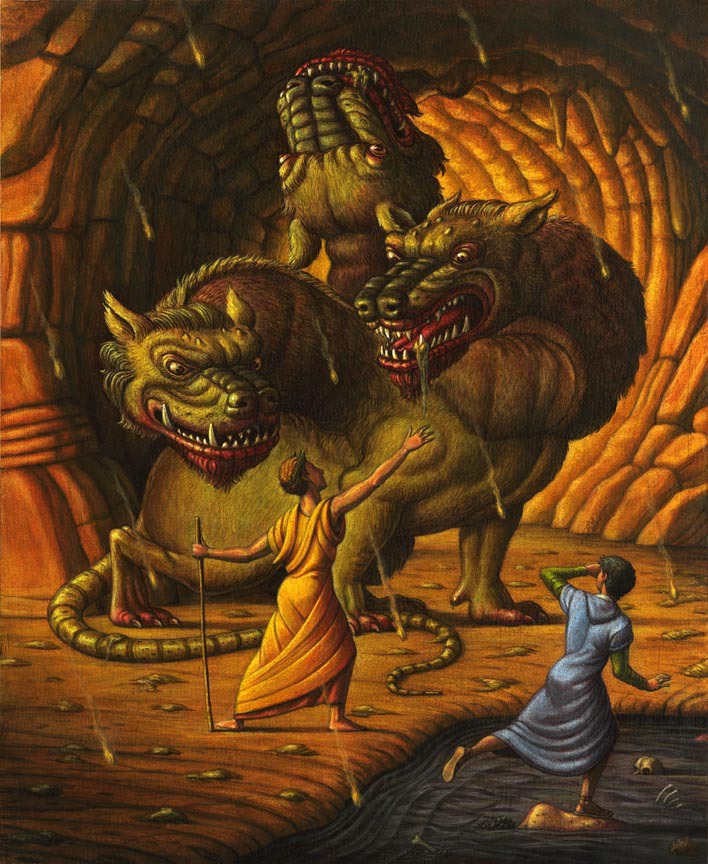 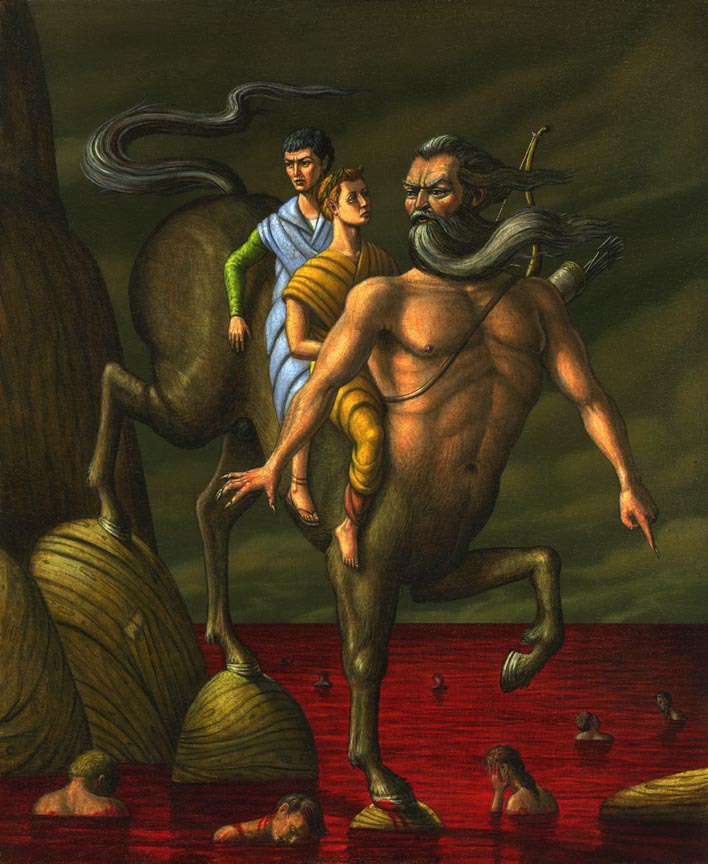 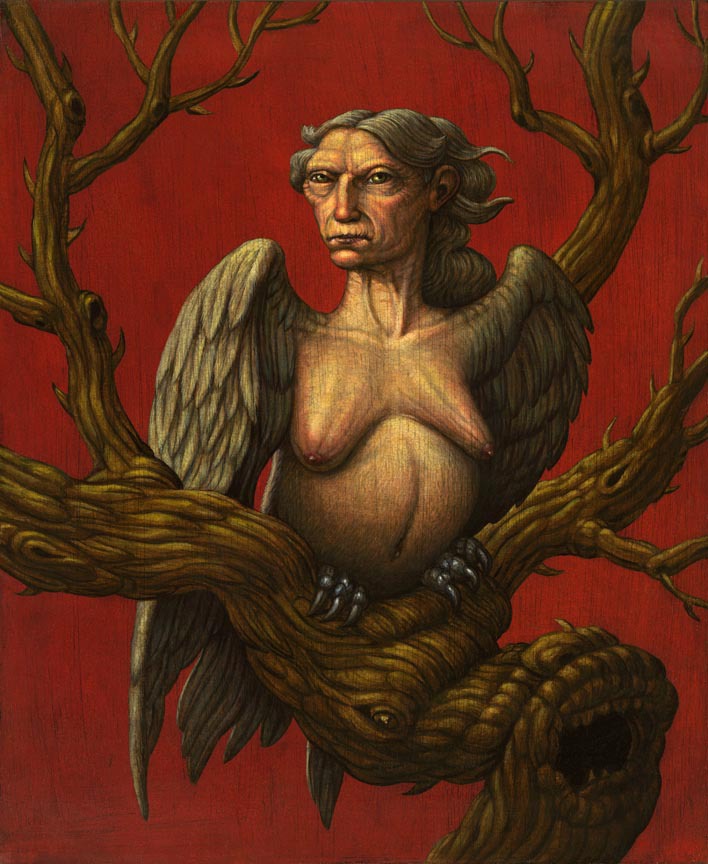 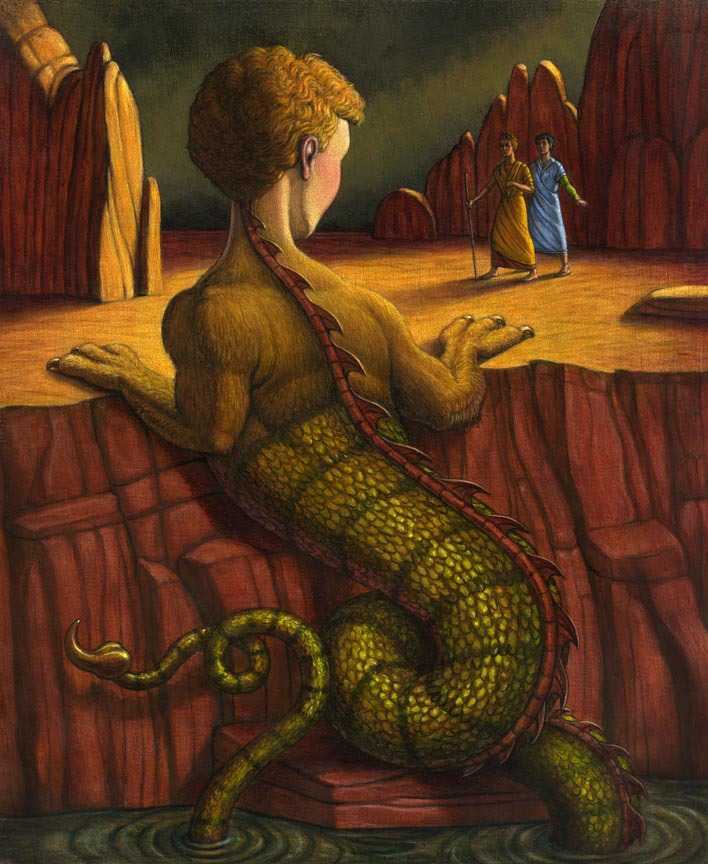 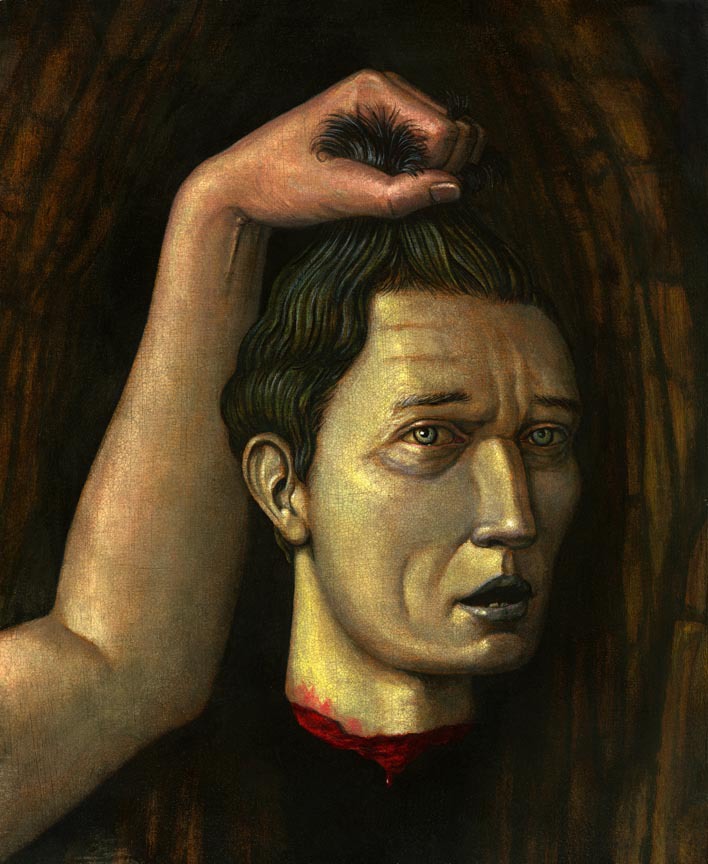 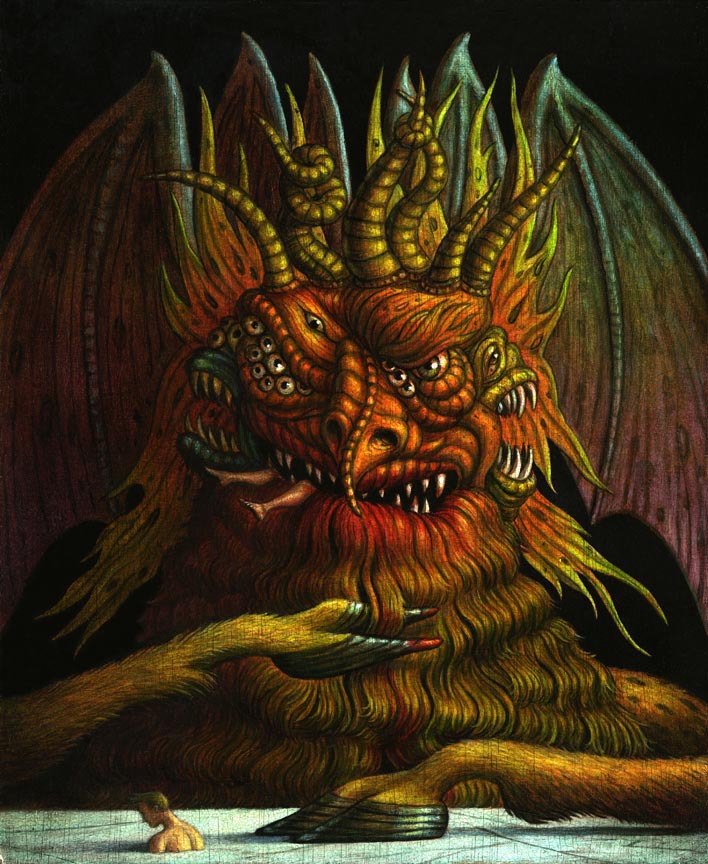 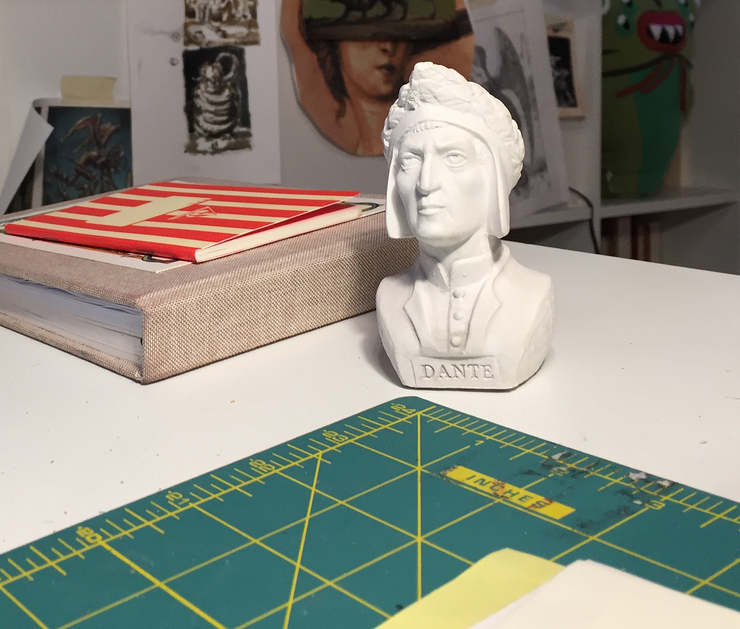