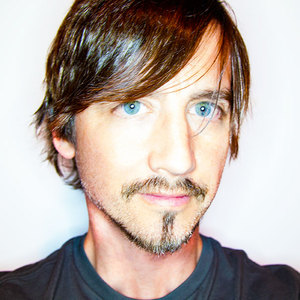 You may have seen Scott Bakal's work in the New York Times, Wall Street Journal, The Washington Post, The Boston Globe, Variety, Playboy, Family Circle, O Magazine (Oprah), Ebony, Tuft's, Wells Fargo, Yoga Journal, Discover, Smithsonian, Scientific American, Sierra, Tor Books, Schwartz & Wade and the Vancouver Opera as well over 100 other publications and media. Scott has won awards from the Society of Illustrators (Silver Medal), 3×3, The AltWeekly Awards, Association of Education Publishers, HOW International Design Competition, Spectrum, Society of Illustrators of Los Angeles, Society of Publication Designers, American Illustration, Creative Quarterly (Gold and Silver Medals) and Communication Arts and receiving the honor of being published as one of the 200 Best Illustrators Worldwide by Luerzer’s Archive. Scott Bakal graduated from the School of Visual Arts in NYC in 1993 and since, has been creating art for print and exhibition worldwide. A little over a decade later, he received a Masters of Arts from Syracuse University and received a Master of Fine Arts from the University of Hartford. At the University of Hartford, he received the Hartford Art School Regent’s Honor Award for Graduate Students, the highest honor given to Master’s students throughout the University. As an advocate for education and illustration, Scott was on the Board of Directors at the Society of Illustrators in New York City and was Chairman of the Student Scholarship Competition from 2006-2012 and the Zankel Scholarship until 2013. In 2009, he was also elected to the Sanford B.D. Low Illustration Collection as a Committee Member at the New Britain Museum of American Art where he in 2012 curated the museum show ‘Pixelated: The Art of Digital Illustration’. In 2010, he was received the Dean Cornwell Achievement Award from the Society of Illustrators for “conceiving and implementing a customized website portal for the Society, changing the method in which all competitions are judged.” As an instructor Scott has taught and lectured at various schools including Fashion Institute of Technology and currently is an Associate Professor at the Massachusetts College of Art & Design where his students have won many awards. In 2010, he was honored to receive the Artist/Educator of the Year by 3×3 Magazine. Scott regularly lectures at colleges and museums including the Society of Illustrators, New Britain Museum, Ringling College of Art & Design, SF Academy of Art, Pennsylvania College of Art & Design, University of Connecticut and many others.