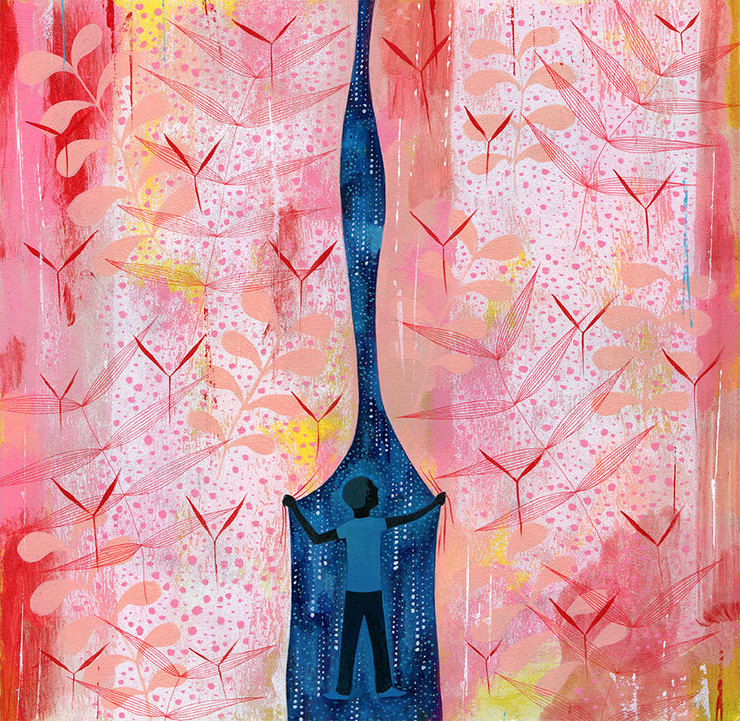 Len Small from Nautilus emailed me and asked me to do a project on the subject of Dark Matter and searching for answers in all the new data on our universe - even putting into question the Big Bang Theory. I'm a science geek which led me to live in euphoria while I was working on this project.

The first image is the opener which can now be seen as the splash page of the website and first image of the magazine. The 'Universe Waterfall' is used as the end-cover.

The last image which was to look like the waterfall picked up from the main waterfall image I made running down the gutter of the magazine. Unfortunately, the article was cut so this one wasn't used.

It was a blast to work with such a great and enthusiastic art director and be able to do a project that aligns with my interests. 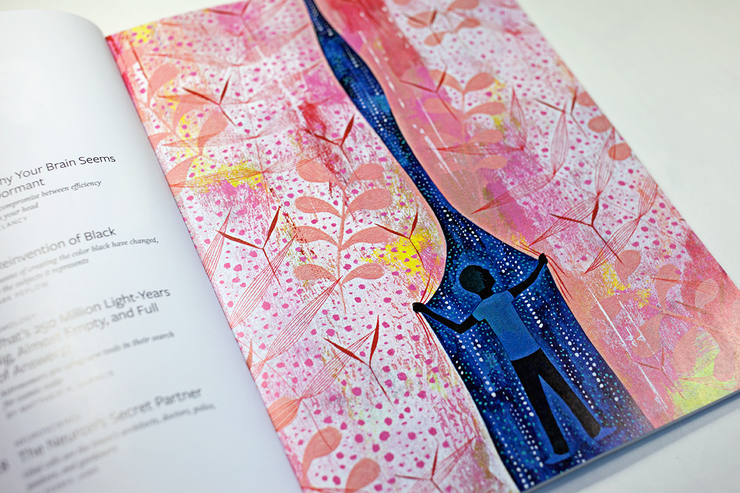 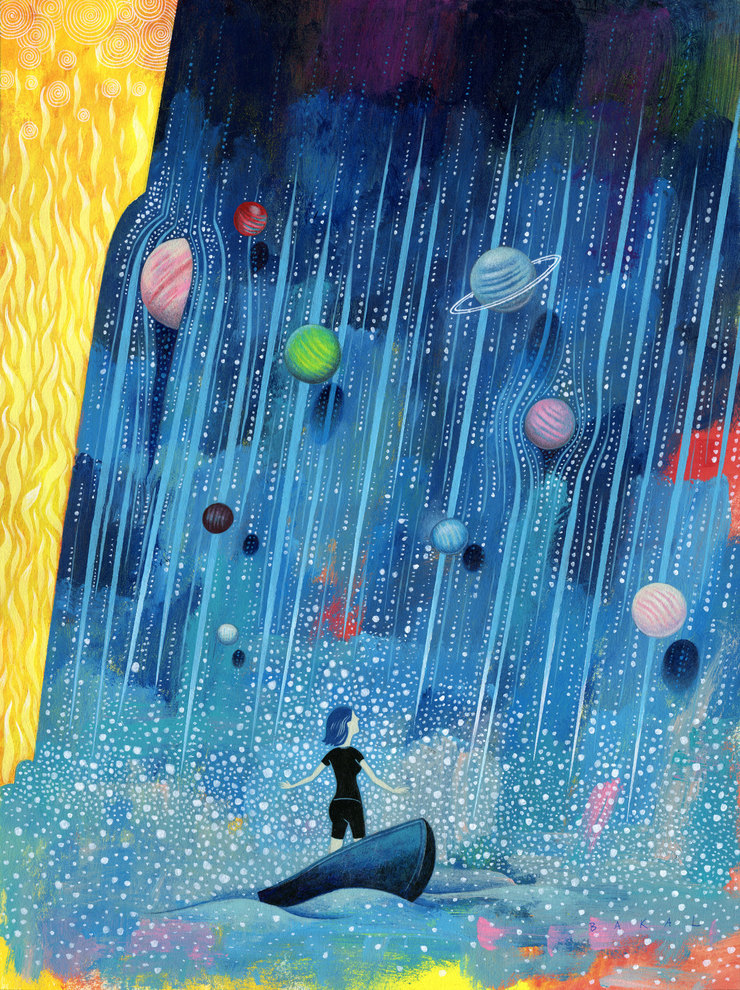 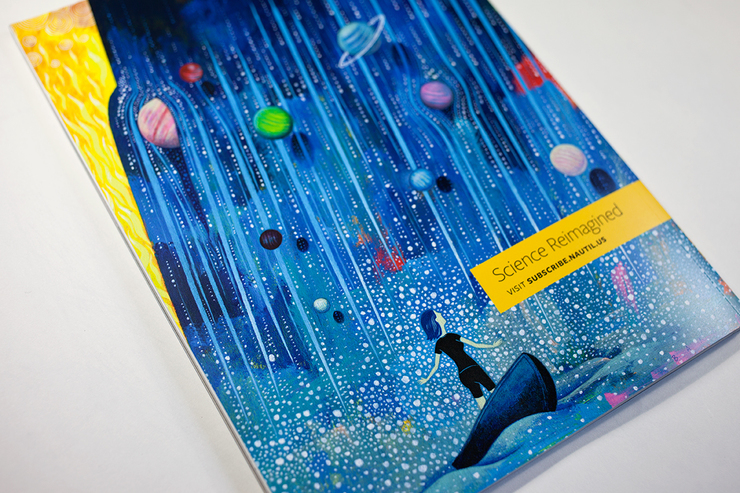 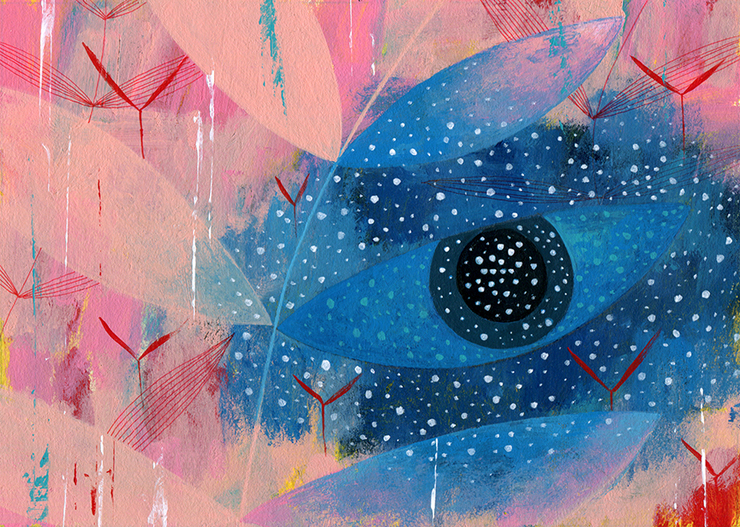 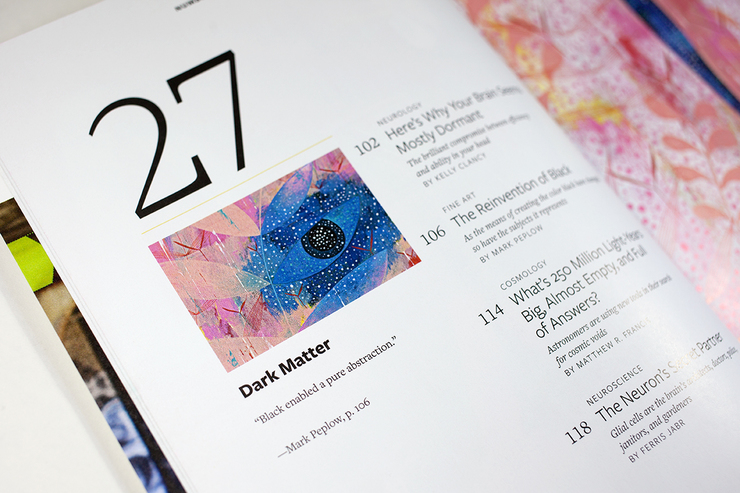 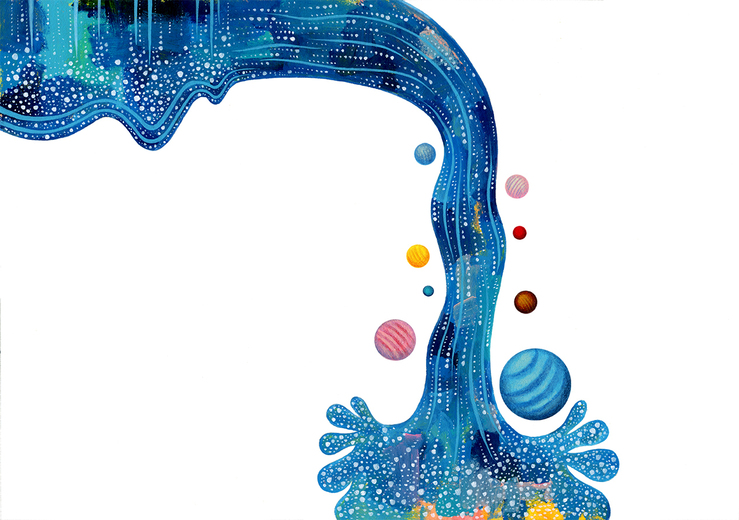