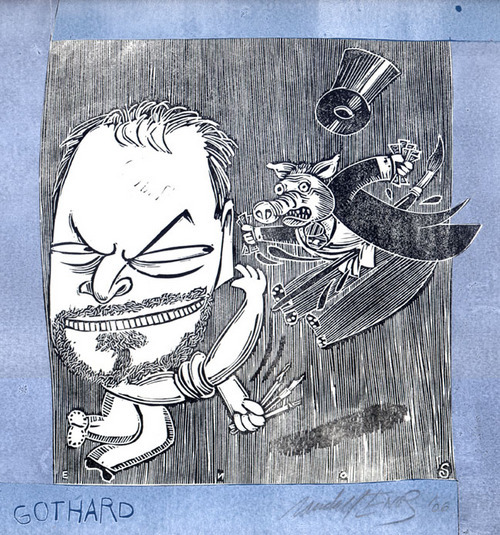 Gothard is known as the Wyatt Earp of illustration for how fast he can draw on a same day deadline. Of course, there are others, like Randy Enos, who would be the Doc Holiday, but they're good friends and so would never find themselves pacing off, brushes cocked and ready to fling. Gothard keeps his back to the wall in the studio however, because that's how most brushslingers bought it in the end. All the good stuff art legends are made of. Gothard has been shooting up assignments from The New York Times, Wall Street Journal, Washington Post, Los Angeles Times, Newsday, Barron's, magazines, book publishers, foundations and corporations for 30 plus years, since graduating from Pratt (where he learned the art of brushslinging and now teaches in the Fine Art Department). Gothard is on faculty at Pratt, The New York Academy of Art, and Penn State University. He is a native New Yorker and now resides in Pennsylvania. 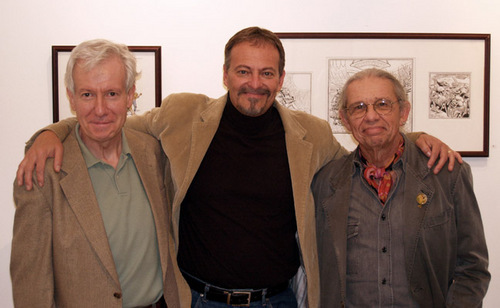