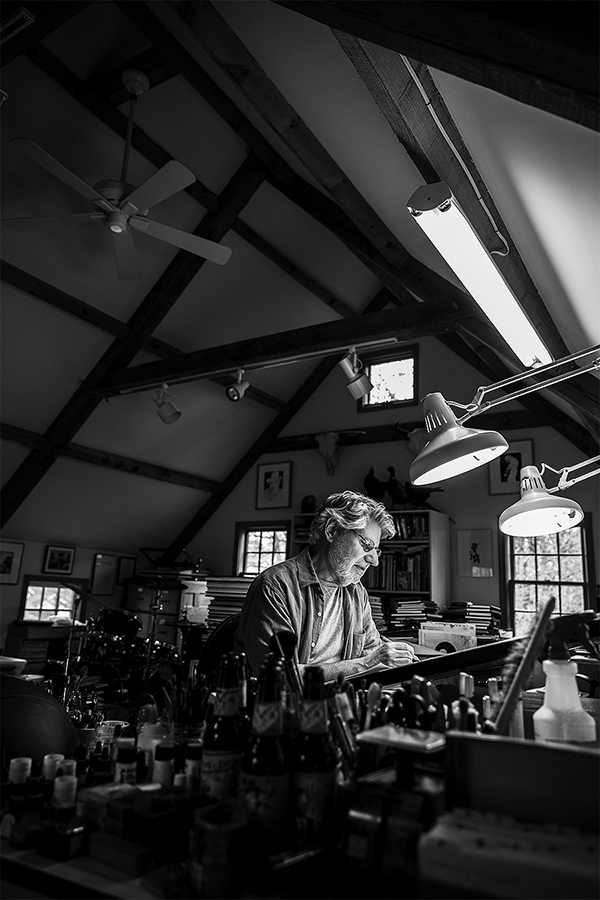 Joe was born and raised on Staten Island, NY, just a short ferry ride to Manhattan where he attended The High School of Art and Design and college at Parsons, earning a BFA degree.  Since 1974 he has worked for most major magazines and newspapers as well as for corporate and advertising clients, book publishers and record companies.Clients have included: American Express, Audubon, Barnes & Noble.com, Capitol Records, The Folio Society, The Nation, The New Yorker, The New York Times Book Review, The Rock & Roll Hall of Fame, Rolling Stone, Time and the Wall St. Journal.Among his many awards are four silver medals as well as the prestigious Hamilton King Award from the Society of Illustrators.  He has been profiled in Communication Arts Magazine as well as other graphic arts journals. In 1999 Joe had a one-man exhibition at the Society of Illustrators in New York.  A limited edition book of his blues portraits called BLACK WHITE & BLUES was published by Strike Three Press in 2011. His recent book, A FISTFUL OF DRAWINGS is published by Fantagraphics.A musician as well, Joe plays the drums with blues and jazz bands. He lives in western New Jersey.