LINKS
Article on me at Illustrators' Ireland
Article on my work
My Blog at Drawger.com
My website
Tim in the NY Times 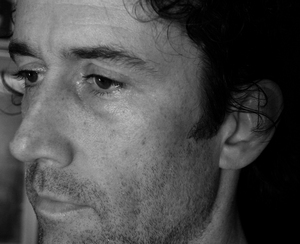 Tim O'Brien is an illustrator and portrait painter whose detailed and imaginative illustrations have been published most notably in TIME Magazine as well as Esquire, Rolling Stone, Der Spiegel, Fortune, GQ, Forbes, Mother Jones,The Atlantic Monthly, Business Week, Entertainment Weekly, National Geographic, New York Magazine, The New York Times, Playboy, Reader's Digest, and many others.  His illustrations have been created for every major book publisher and many advertising clients as well. Tim has received multiple awards and recognitions from the Society of Illustrators in New York, including the coveted Hamilton King Award in 2009.  He's won awards at the Society of Illustrators of Los Angeles, as well as recognitions from Graphis, Print, Communication Arts Magazine, the Society of Publication Designers, American Illustration, and the Art Director's Club. Tim has 16 paintings in the collection of the National Portrait Gallery, Washington, DC. In 2013 received an honorary doctorate from Lyme Academy College of Art and Design. President of the Society of Illustrators, New York.

His numerous speaking engagements include The Norman Rockwell Museum, The Society of Illustrators, Syracuse University, School of Visual Arts, Pratt, Rhode Island School of Design, Lyme Academy College of Art and Design, and the University of the Arts Tim O’Brien is a professor in the illustration department at The University of the Arts and Pratt institute, and lives in Brooklyn, NY with his wife Elizabeth Parisi, and their son Cassius.