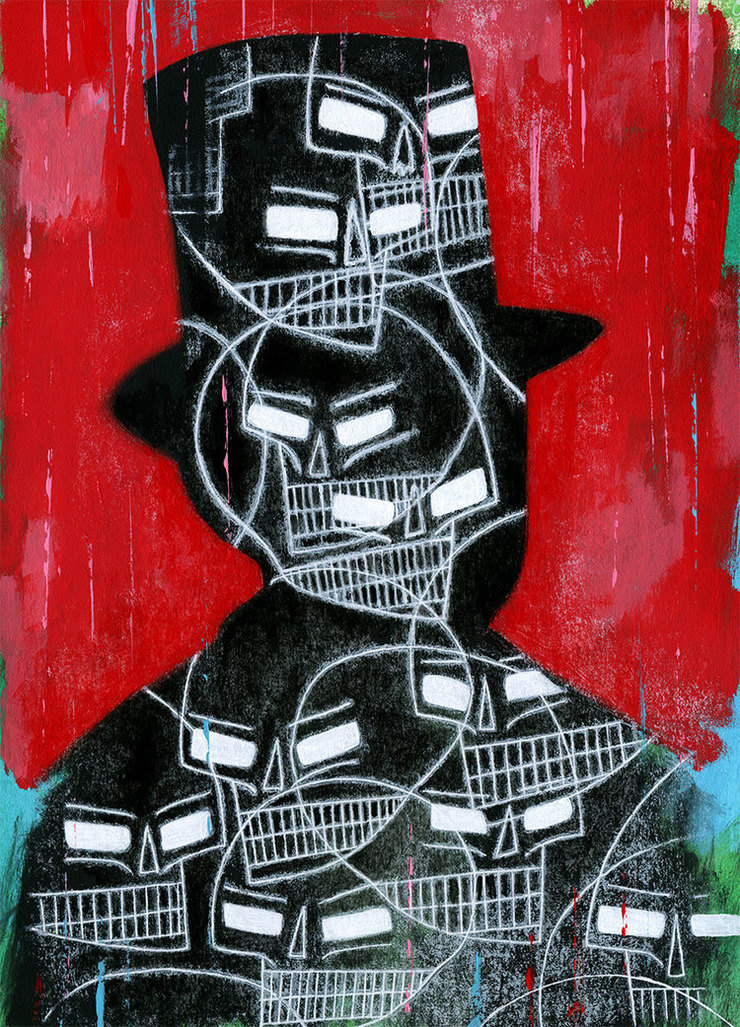 I was honored to be asked to create a piece for the Collector's Edition of the Smithsonian magazine's issue commemorating the 150th anniversary of President Lincoln's assassination.

Art Director Erik Washam was great to work with on this one. I was pretty much left up to my own devices as to what kind of image I wanted to portray. Since this was the opener of the book and each section would continue the story (which also contains a huge amount of other illustrators), I thought a dark, foreboding image that gave foresight into the future of what we all know what eventually happened as Lincoln was a marked man. 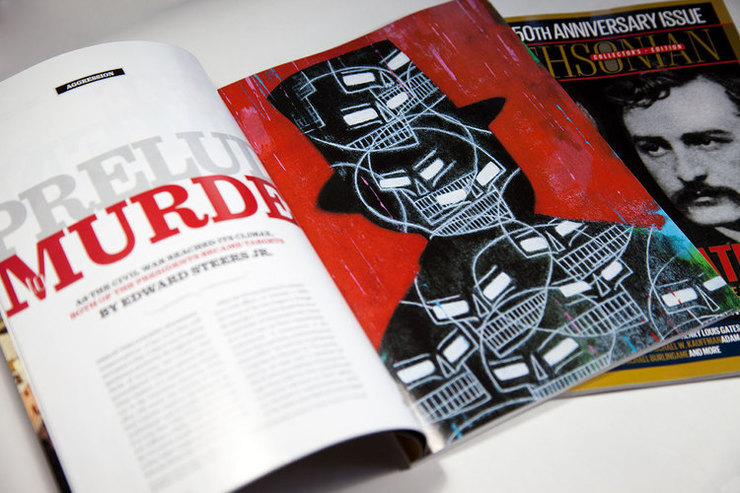 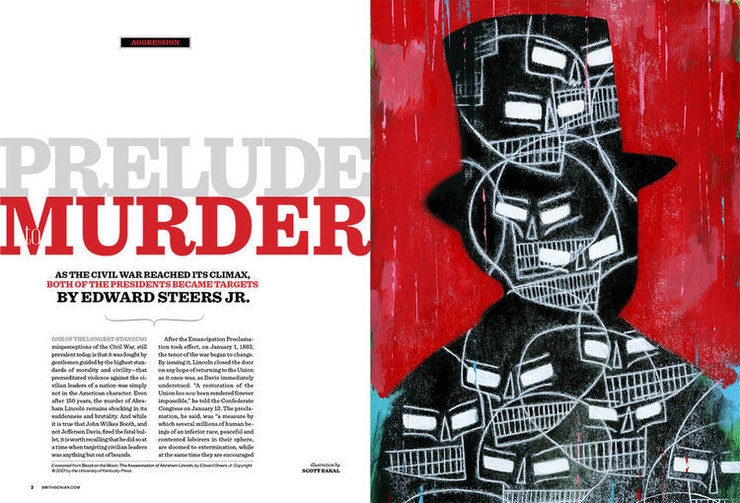