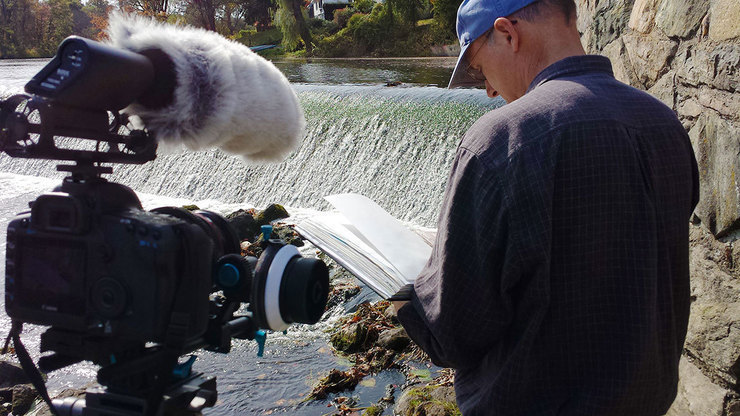 For the last few years, I've been occasionally working on personal film and photography projects. Each project lent itself to learning more about various equipment and how to use them.

I met Rob through our association on Drawger and quickly started a friendship sharing sketchbooks and even working on one together. It was a fun and eye-opening challenge to work on the same art together. A few years later, I ended up moving up to Boston and we became closer friends. Rob has always interested me as an artist. His sketchbook work being the hub but also how he approaches his art and work.

Through my film experimentation, I thought I would further explore the documentary format that I started with the Kristina Carroll Profile film I did among other pieces. It's helped me learn how to work with the equipment but also learn how to work on projects in real time with external issues out of my control - weather and so on. Of course, this also gave me the opportunity to talk deeper with Rob about his life and work which was incredibly inspiring.

For this film, I wanted to show a few snippets of three major points. HIs 'free' sketchbook work; his illustration and children's book work; and his observational life drawing.